Massive W514 Set is King of the Strip Card Issues

When it comes to baseball strip card sets, the W514 release stands alone at the top

I recently wrote about some strip cards seeing some very strong prices. While strip cards are not for everyone, it seems like they are being a bit more sought after these days with prices of tobacco and candy cards on the rise.

If you need an explanation on strip cards, start here. While there are some negatives against them, there are plenty of positives, too. And when you stack everything up, the top strip set for baseball cards is probably the W514 set for a variety of reasons.

Now, some will point to the noteworthy W573 or W575-1 sets. Those are both large and include all kinds of stars. But for the purposes of this discussion, I’m leaving them out because those same cards were also issued by the American Caramel Company as E120 and E121. While W573 and W575-1 are categorized strip cards (though W575-1 is often not counted as a true strip issue as some do not appear to have been hand cut), the actual sets used for them were not exclusive to strip cards.

With that out of the way, what makes the W514 set so special?

The large size is one thing. Many strip card sets are relatively small, consisting of a few dozen cards or less. But some are a bit larger and the W514 strip card set includes a total of 120 cards. That size makes it large by comparison and a challenging one to complete.

It’s not merely the large size that necessarily makes it special. But its size did allow the set to include a bunch of players that otherwise would not be found. 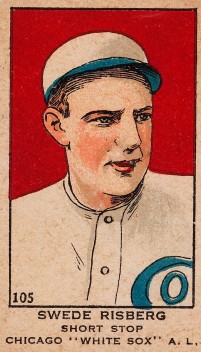 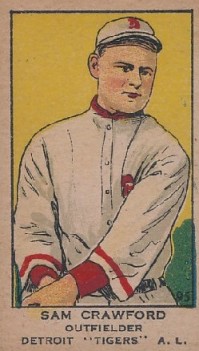 That leads us to the checklist. As you would imagine, the set is full of big names. Just about every notable player is here, including Babe Ruth, Shoeless Joe Jackson, Ty Cobb, Walter Johnson, and Christy Mathewson. Another notable thing from the checklisting standpoint is that it includes most of the famed eight Chicago White Sox players that were banned for their part in fixing the 1919 World Series. The only player missing from that group is Fred McMullin and collectors will find cards of Buck Weaver, Chick Gandil, and of course, the aforementioned Shoeless Joe, among others. That’s important because some players, like Swede Risberg, had few cards. As a result, the cards of some like he and Lefty Williams in this set are quite valuable even though they weren’t necessarily big names.

There are other key cards from a checklisting standpoint to get excited about, too. Legendary manager Casey Stengel has a card in the set as a player. There’s Greasy Neale, a college football Hall of Famer, who also played baseball. Dickie Kerr, the young White Sox pitcher that played well in the 1919 series and was not implicated is in the set, too. Rogers Hornsby, Nap Lajoie, George Sisler, Tris Speaker, Zack Wheat … just way too many to even mention. The checklist is about as strong as it possibly could be.

Even from a layout/design standpoint, the set is above average. Photos include a variety of poses for players and the cards also present the player’s names, teams, and positions in an organized manner. Before you ignore that relatively minor quality, consider releases, such as the W516 strip cards, which have that information in various scribbled formats. And while the artwork won’t win any awards up against some tobacco and caramel card sets, it’s better than what you’ll find in many strip issues.

In terms of baseball strip card sets, W514 is tough to beat.