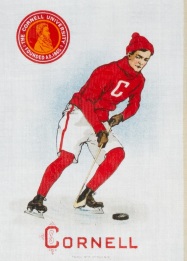 S-Cards are silk or stamp issues. The American Card Catalog really just uses this designation for silks but I have added stamp issues here as well. Some collectors classify those as ST-Cards.

Silk issues were unique items generally packaged with tobacco products and exactly what they sound like – items made of swatches of silk. The stamps, however, are not necessarily stamps as we think of them in the traditional sense.

Most silks were printed in the 1912-1915 range, as Jefferson Burdick indicated in his American Card Catalog. However, earlier silks are known to exist as well, dating back to the late 1800s.

The term stamps can refer to actual stamps. However, they are often also referred to as small stamp-like cutouts of paper or cardboard – not necessarily postage stamps with a backing that allowed you to affix the item to something else. The Rinkeydink Baseball Stamps, for example, were merely small cutouts from a section in a newspaper.