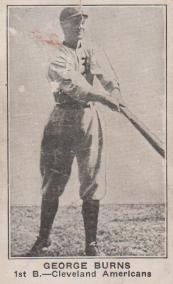 The W575 strip card set is comprised of two separate issues known as W575-1 and W575-2. Both issues are black and white but look distinctly different.

These cards are mostly recognized as a 1922 issue but it is believed that printing could have started as early as 1921.

W575-1 is a much larger and more complicated issue. It is also much more popular than its smaller counterpart.

The W575-1 set includes the player’s name, position, and team printed at the bottom. These are a mirror image of the E121 American Caramel cards in terms of design. The checklist also is nearly identical to the one from that set. The big difference is that, instead of an American Caramel advertisement, the backs of the standard W575-1s are blank.

The W575-2 set isn’t nearly as complicated as its W575-1 counterpart. These cards include a replica signature over the player’s black and white image, but nothing printed at the bottom.

W575-1 strip cards were also used by a number of companies and advertisers. Instead of having blank backs, these companies had their names printed or stamped onto the backs of these cards and distributed them as sort of an advertisement.

Numerous advertisers used these same cards as indicated by their backs. Known companies producing cards with back advertising include:

Here are pictures of all of the various backs mentioned above. 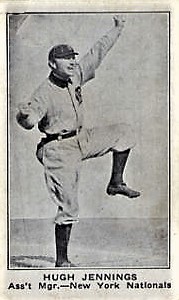 The most unique aspect of the card, perhaps, is that it is entirely a New York issue. The cards were printed for New York-based Koester Bread and players in the set are either members of the Yankees or Giants. The set was possibly created as part of a promotion surrounding the World Series, which included both of those teams.

A big problem regarding this set is that it can be very difficult to tell them from the regular, blank-backed W575-1 cards. Many of the Koester cards were not printed in the W575-1 set, so any of those would definitely be Koester cards. However, a good chunk were printed in both sets and can be harder to tell.

One distinguishing feature is that many of these cards are on thicker stock and have been cut out from a poster/display. The thicker ones are generally believed to be Koester’s cards and not E121s. However, others were not quite as thick and are believed to have been distributed in the company’s bread products.

This thread has a lot of detailed information on how to tell which cards from which.

These cards are extremely rare. To date, SGC and PSA have graded only a little more than 125 of them.

Finally, the cards found in the W501 set feature the same pictures/players found in E121 and W575-1 sets.

These cards are generally distinguishable by their presence of a small “G–4-22” that is often printed in the top border. There are other W501 cards found without that printing, though they are not recognized by most as W501 cards and instead are usually just classified as W575-1 cards.

Additionally, collectors should be aware that poster cuts of some sort exist for this set as well. Similar to the 19th Century album and poster cards for tobacco cards that exist, at some point, an advertising poster featuring these card is also known. Some of these cards are identifiable today by traces of black ink on them from letters, similar to the poster cuts for the N284 Buchner Gold Coin cards.

Collectors should note that not every poster cut card has black lettering such as this. A find of poster cut cards was made in 2017 and many in the group did not have the lettering as overprint ink had not appeared on them. Thus, it can be very difficult to distinguish between a hand cut E121 card and a card that was truly cut from the poster if it does not have the black overprint ink on it.

Here’s a bit more detail on the poster-cut cards.

While the W575-2 set can easily be checklisted, trying to determine a completely accurate W575-1 checklist is a shot in the dark. The checklist almost lines up entirely with the E121 sets (Set of 80 and Set of 120) but every single card has not yet been found with a blank back to make it a W575-1.

Because of the widespread confusion on pinpointing an exact W575-1 checklist, using the E121 Set of 80 and Set of 120 checklists for the W575-1 checklist (even if certain cards have not been yet found with the W575-1 blank backs) is what I have done below. Therefore, the checklist is a theoretical checklist.