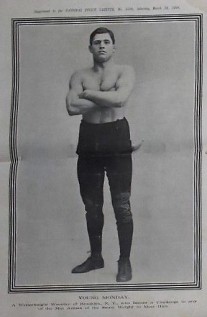 M-Cards are issues from magazines and publications. Because many of these were often inserts in publications, most are photos/supplements and other types of inserts – not standard trading cards.

One of the few exceptions to this are the M101-4 and M101-5 baseball cards. These cards are often called Sporting News series’ because their advertisements are found on the backs of many. However, the same sets were used by a variety of companies and also include back advertisements for those instead of Sporting News.

The M-Cards are different from others in that they are dominated by the aforementioned supplements. Inserting baseball cards became commonplace in the post-war era with magazines such as Sports Illustrated for Kids. But in the pre-war era, most publications chose to insert larger supplements and pictures instead.

While many of the supplements are beautiful issues, one downside is that they were often printed on thin paper. Because of that, the supplements will often be found creased and with rips or tears. It is easy to damage these fragile issues and they should be stored with a higher-than-usual amount of protection.

In terms of the supplements, note that those inserts that are not cataloged in the American Card Catalog (with M- designations) have not been given individual pages below. However, a list of those sets can be found here, on a separate page.