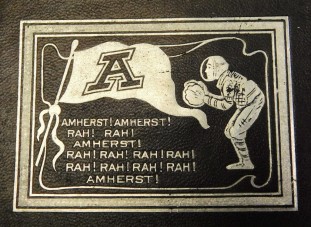 L-Cards are issues printed on leather issued by various tobacco manufacturers. The cards range in sizes and subject. Many are non-sport related and cover topics ranging from flowers, animals, and flags. A few, however, do feature athletes.

The L1 set is perhaps the most popular, featuring several Major League Baseball players. In addition to those, other popular sets for sports collectors include the L40 series – the ‘College Yell’ and Emblems set. These feature a variety of sport and non-sport subjects, such as mascots.

Colleges were popular targets of the tobacco industry and there are numerous other college sets with pennants, buildings, etc. as well. Nearly half of the leathers identified in the American Card Catalog, in fact, are college-related. While some others, such as series’ with pennants, could be considered as sports issues to some degree, only the L40 set has been listed here since it depicts images of athletes.