When Did Collectors Start Routinely Buying and Selling Sports Cards?

While sports cards were issued starting around the 1860s, most collectors didn’t start buying and selling them until much later

In the 1860s, 1870s, and 1880s, advertising/trade cards depicting sports and non-sports alike were produced. The majority of these issues were printed in the 1880s before those slowly gave way to cigarette and tobacco cards before the turn of the century.

But while many cards were issued decades before the turn of the century, evidence suggests that most collectors were not routinely buying and selling them until much later.

A collector publication called The Cigarette Card News was issued starting in the fall of 1933. That wasn’t an American publication. Rather, it was based out of London in conjunction with the London Cigarette Card Company. The London origins for such a publication make perfect sense, of course, if you consider the times.

In the 1930s, there were American cards, of course. But what most collectors here probably don’t realize is that the number paled in comparison to the numerous tobacco card sets that were churned out in the UK. While card collecting was a big deal here, it was equally large in that part of the world, and likely even taken more seriously as it was more of an adult hobby than the one focused around children here with the establishment of gum cards.

The Cigarette Card News is believed to be the first notable card collecting publication. It even predated Jefferson Burdick’s work on the American Card Catalog, which wasn’t first published until 1939. The content of the two publications were significantly different, too.

Burdick’s catalog was a listing of sets and prices. The Cigarette Card News was a monthly newsletter of sorts, with articles written by collectors. The two served entirely different purposes and an article in one of the earliest Cigarette Card News issues provides some good insight on the pricing of cards.

When did the pricing of cards truly begin? Well, that’s a complicated question. But in essence, cards have been bought since the time they were first issued. After all, some collectors would pay for them if they wanted a card badly enough. It was the same as anything else, really.

Plus, while many trade cards were given away by businesses to use as advertisements, we also know they were sold outright to collectors. Sometimes instead of selling cards directly to businesses, printers actually advertised them directly to collectors, offering bundles of them for a dollar or more. So, the answer is simple then, right? They were bought and sold from the beginning of their issuance. Well, that was hardly the norm.

While some collectors certainly bought cards early, the Cigarette Card News makes it clear that this wasn’t usually the case. Their second ever issue in November 1933 tackles the very topic of card prices. And they included some really interesting bits of news.

For one thing, the article indicates that early card collecting was 90% trading (or, as they call it, ‘swopping’). They go on to state that six years prior (1927) that 90% figure probably had never paid cash for a card before. The publication does indicate there were card dealers. However, they were limited with most of their business coming from only the biggest collectors. The article continues to state that “Most beginners did not know they could buy cards at all.”

By 1933, the publication states that had seriously changed. There were many more collectors and there is even a very loose mention of folks that were virtually full-time dealers. But even then, prices paid, of course were modest. The article indicates that complete sets were being sold for very small amounts with maximum prices reaching about ten pounds. But in short, it seems fair to conclude that cards were not being routinely bought and sold in the UK until around 1930 — roughly 35 years or so since their earliest cigarette cards were being printed in the 1890s. 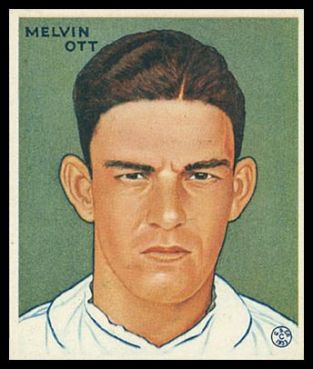 That’s one piece of the puzzle but what about American cards? Safe to say, I suspect they were being bought a little earlier here. And Jefferson Burdick’s first American Card Catalog all but confirms that.

His first publication of that book covers the topic of pricing. Specifically, Burdick mentions that ‘old collectors remember the hey-days of 1890 and 1910 when collecting cigarette cards was an almost universal pastime.’ He goes on to state that prices in those times reached fifty cents to a dollar for a card that was highly treasured. Burdick continues by stating there was an auction-like feel to it where bidders would sometimes overpay for very difficult cards. So according to him, the issue of cards being bought and sold dated back to the 19th century.

Still, common sense dictates that even that information should be taken in context. That’s because, in the U.S., many collectors at that time, of course, were children. We know all about that from contemporary newspaper articles that stated that card collecting was widespread among youth — even to the point that early articles about collecting focused explicitly on children. And the majority of them, of course, were not buying cards. We know that from those same articles that talked about children gambling with the cards via card flipping and other games or securing them by pestering adults for the cards that came inside of cigarette packages. Heck, there are cards picturing this specific practice. While some adult collectors were certainly buying cards at that time, I think it is safe to say that the majority of cards were exchanged without money, just like in the UK. Thus, it seemingly took quite a while for the norms of buying and selling that we know today to kick in.