Skip the Blaster: 1880s He May Yet Become President Baseball Trade Card

1880s He May Yet Become President Baseball Trade Card 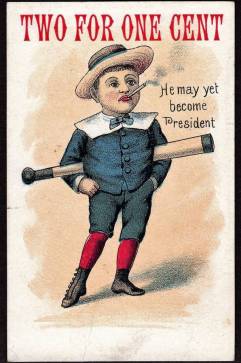 To date, the cards I’ve featured in this monthly series have been cards of real major league players. This month, I’m going in a different direction and wanted to feature one of my favorite trade cards.

Trade cards were, of course, advertising cards that companies or individuals used mostly to promote businesses. While they ran into the 1900s, the bulk of trade cards that were printed were issued in the late 1800s. Many are dated to the 1880s as that was a particularly busy decade for them.

At any rate, it’s mostly a non-sports set. However, one card in it depicts a young baseball player — the one shown here. And what makes it even more appropriate for the tobacco card era is that he’s smoking a cigarette.

Like other trade cards, you’ll find these with all sorts of advertisements, either on the front or back. This one shown here has a really great ‘Two for one cent’ advertisement printed on the front and it’s the only one of that kind that I’ve seen. I jumped at the chance to buy it the minute I saw it, even though it cost a bit more than the card typically did then.

Now, I will issue a disclaimer here. These cards are somewhat rare and if you look for them, you can sometimes sellers asking an arm and a leg for them — sometimes in excess of $100. I don’t necessarily blame them because it’s just an abundantly cool card. But if you manage to find one in an auction, it can be bought sometimes for as little as $25-$30, depending on who’s watching. I will add that prices for them seem to have risen a bit, though.

And, no — you can’t have my copy for that price, my friends. Look hard enough, though, and you can certainly find them in that range with a bit of patience.

tagged with Articles, Baseball, He May Yet Become President Trade Card, Skip the Blaster, Trade Cards 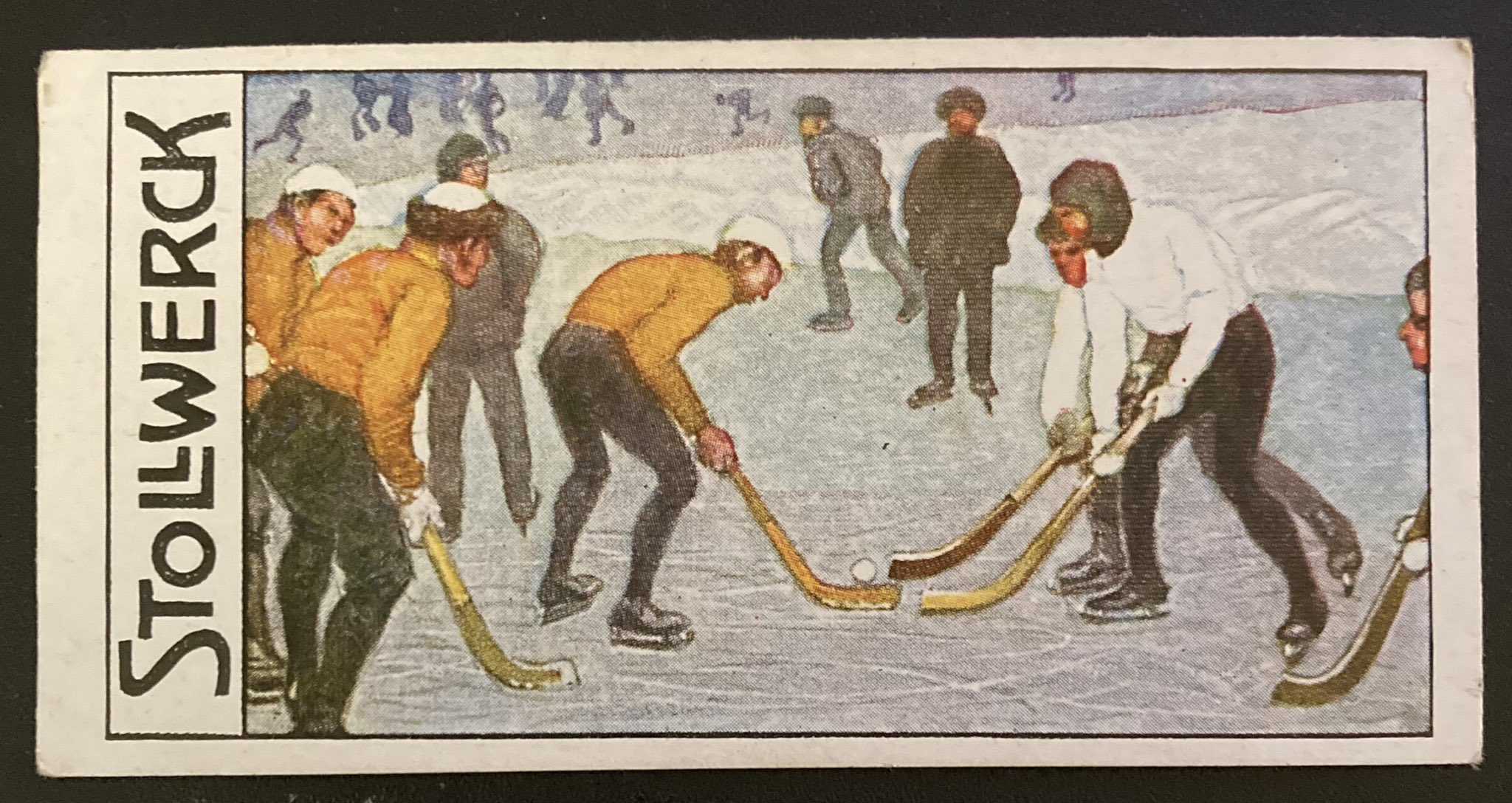