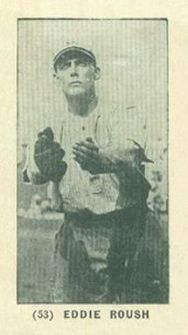 The backs of the Sweetman cards indicate they were manufactured by the “Sweetman Co., Inc.” in St. Louis, MO. An address for the business is also listed as 1611 Cass Avenue. However, upon Googling that address, only a now vacant lot is at that location.

Recently, I did a little digging to see if anything be discovered about the company. Upon searching, I found an interesting document – a report from the State of Minnesota Dairy and Food Commission to the state’s legislature.

The document contains several references to the Sweetman Company in St. Louis. Specifically, the applicable report lists the company as producing or distributing illegal confectionery – wax pipes and wax eagles. These would appear to be the old types of wax candy that were produced. The report makes reference to the product (and several others) as being colored with coal tar dye.

Based on that, it is possible that the Sweetman cards are also misclassified. If Sweetman Company was really a confectioner, these would be better listed as candy issues in the E-Card or R-Card category.

This does not necessarily end the Sweetman mystery. For one thing, we do not know if these were the only products made by the company. In addition, the report containing the information is from 1920 – a full eight years before the Sweetman cards were believed to be printed. By that time, the company could have been producing other things.

For now, though, the report provides a small glimpse into what the company produced and provides a possible outlet with which the products the cards were associated.