While popular, T206 isn’t the only American tobacco baseball card set out there

The T206 set is, by a considerable margin, the most collected tobacco card set of them all. There are good reasons for that as it’s an incredibly attractive set with a lot of positives. But, even as someone that built a T206 set, I still am surprised that it so overwhelms other tobacco card issues.

Here’s the thing. This is no knock at the overwhelmingly popular set. I even have a nearly 2,000-word article coming out in an upcoming edition of Beckett Vintage Collector detailing the ins and outs of what makes it so great (and yes, that was a cheap plug). Simply put, it’s a fantastic set that deserves plenty of attention.

But it often dominates discussions on pre-war card forums and there’s so much more to the era that it’s easy to tire of the set’s popularity.

If you’re only focusing on the big picture that is T206, here’s some other stuff you’re missing when it comes to tobacco cards. 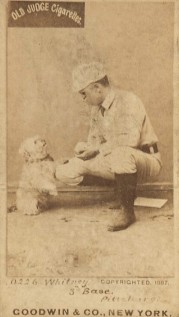 If it weren’t for missing out on guys like Babe Ruth, Ty Cobb, Christy Mathewson, and others, I could see myself as a 19th century collector. The cards are amazing and they’re just more unique than the glut of similar-looking sets produced in the early 1900s.

The biggest problem is that many of the baseball issues of Hall of Famers get very expensive very quickly. But 19th century tobacco cards are incredible. Plus, they’re not all super expensive, either.

The Old Judge cards are king for some in this era but my favorites are probably the N28 and N29 Allen & Ginter Champions series. Those include baseball, but also all kinds of things, including early boxing, tennis, and wrestling cards. There are other champions issues, too, and the four main ones (Allen & Ginter sets, Goodwin Champions, and Kimball Champions) are just really great cards.

Those just scratch the surface of 19th century issues. And things, such as the N300 Mayo cards are another reason to go beyond T206. 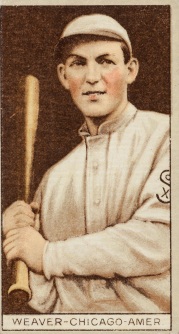 T206 is the most popular of the American Tobacco Company sets but the company produced two other major issues shortly afterward and both are worth your attention.

The more popular of the two is the T205 Gold Border set. These cards threaten T206s popularity but not too seriously. They are popular among pre-war collectors but don’t have quite as much widespread appeal to other collectors. But the cards are gorgeous and I think there’s quite a bit of upside with that set, as I wrote about before.

The 1912 T207 set is the redheaded stepchild of the trio because the cards are dark and a lot of key stars aren’t included. Ironically, the set’s popularity actually lies, in part, to a bunch of relatively obscure players that were shortprinted and are difficult to find. But it’s fantastic in its uniqueness. The cards have a dark and mysterious aura about them and they are easily the rarest of the three. The set also includes a key major league rookie card of Buck Weaver.

Two issues produced for Mecca and Hassan products were also created. These are referred to as the ‘Folders’ sets because they have intentionally printed folds in them.

Jefferson Burdick coined the 1911 T201 set as the Mecca Double Folders set. Despite the name, the cards only have a single fold in them. It’s kind of a difficult thing to explain but the cards include two different players (one on each side) and when folded down, the upper part of the player on the back folds down, using the same bottom (legs) of the player on the other side. Here’s a better explanation and these are among the more quirky tobacco cards. These cards are pretty affordable and this is probably the easiest pre-war, baseball-only American tobacco card set there is.

The other set is the 1912 T202 Hassan Triple Folders set. Like the first set, there is one less fold here than advertised as these cards have two end panels with edges that fold. The triple obviously refers to the number of panels and not the folds. These are unique because they include the images from the T205 set on the end panels and a black and white action shot in the middle. This is a much tougher set than T201 since it is rare, has more than twice as many cards, and includes multiple cards of many Hall of Famers.

The 1909 T204 Ramly cards are an expensive issue with low-grade commons selling in the $50-$100 range. Because of their price and rarity, many collectors avoid this set entirely. But the cards are too beautiful to be ignored.

These cards include black and white pictures of players inside a decorative gold frame border. They look more like miniature pictures instead of baseball cards.

The look of the players is quite basic compared to T206 and other cards since these use black and white images. But the decorative border also makes them anything but plain.

Not everyone can afford these cards and that’s true of particular the bigger names (even though a lot of those big names are missing). The card of Walter Johnson, for example, is sometimes referred to as his rookie. Even in lower-grade condition, it can still approach five figures.

While major league sets get all of the attention, there are several tobacco card sets featuring only minor leaguers.

Don’t expect those cards to be particularly cheap, though. Some aren’t bad but several are very rare sets and despite the fact that the players are obscure, they can be quite expensive.

There are a bunch of these sets out there but the two most popular ones are maybe the T210 Old Mill cards and the T212 Obak cards. The Old Mill cards are famous for their red borders and they are drab in appearance besides with that with black and white pictures. The T212 Obak cards are more T206-like in appearance. Colorful pictures on the front with the classic white border and same basic layout as the cards found in The Monster.

Both have key cards in them. T210 is known for the minor league rookie of Shoeless Joe Jackson while the T212 Obak cards have minor league rookies of Chick Gandil and the aforementioned Weaver. Both are rather large sets, though, and while the Obak is more reasonable, even that one is still very difficult to complete. 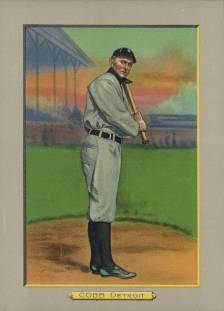 There are countless other sets that could be mentioned here (and you can read more about others on the tobacco card page). I almost hate articles like this because you simply can’t cover everything.

There are the oversized T3 Turkey Red cards. Then there are the T213 Coupon cards, which some even believe could be cataloged as T206 issues.

The T216 Peoples sets are popular as well with their own distinctive following. Others, such as the T211 Red Sun minor league set with its olive green borders, have incredibly distinctive looks. Plus, I focused on only American issues here. This doesn’t even touch on the seemingly innumerable international pre-war tobacco sets.

But the point here is that the tobacco card era is not defined as T206. T206 is a wonderful issue but is still only one of many sets available.