The scandal uncovered on the Blowout Forum surrounding altered cards continues to make its way into the national press. This time, it’s the Washington Post on the story.

If you haven’t yet read it, you’ll want to do yourself a favor and check it out here. Of the national coverage from outlets that scandal has received, the Washington Post story is by far the one best done in terms of explaining the issue. The New York Times did a fair job in their piece but this one is a bit less jumbled in my book. It outlines the issue as well as the main players and does it in a manner that even those unfamiliar with sports cards could adequately follow along.

You could tell right from the lede that this was going to be good:

The green stadium seats shown on the baseball card are empty as Stan Musial, wearing a crisp white uniform, grips a bat and digs in. His eyes gaze toward the pitcher over his right shoulder, his white teeth peeking out from under a grin. It’s almost as though on this vividly colored card, issued in 1952 by the Bowman Gum Company, “Stan the Man” has spotted a fat fastball.

The card’s lone obvious blemish is a stray black print mark on the white frame. Even with the defect, it sold in an online auction in late 2017 for $2,800.

Seven months later, a 1952 Bowman Stan Musial card without that print mark sold for $28,100. Collectors have since claimed the two cards were in fact the same item, improperly altered to inflate its value then auctioned off a second time. Now, the FBI is asking questions about that card and hundreds of others like it, as a scandal over trading cards that have allegedly been fraudulently altered rocks the billion-dollar memorabilia hobby.

Some of the focal points from the article are:

Despite this groundbreaking of sorts with the scandal getting more into the national spotlight, collectors are still trying to determine how this affects the market going forward. I’ve seen plenty of collectors citing that they’re done with the hobby or won’t be buying graded cards anymore. Some will get out but others either will not or will return after a break. Neither of which is necessarily wrong, it’s just that it will take a lot of folks to seriously change buying habits for the market to be truly affected.

Some individuals and even companies could face consequences. But we’re quite a ways off before we see any real trouble for the industry as a whole. That won’t happen until stories and coverage like this hits with more regularity and becomes somewhat of a constant focal point. A good many collectors, after all, are still completely in the dark about the scandal or couldn’t tell you much about it.

If some real heavy hitting buyers that are routinely purchasing five-figure and six-figure cards step away, perhaps the very expensive stuff suffers a blow. Even in that case, I expect others would be around to pick up the slack. But I’m still not convinced we’re seeing any real sort of doom for the hobby at this point, or even for graded cards. That could ultimately change but we’re not there. 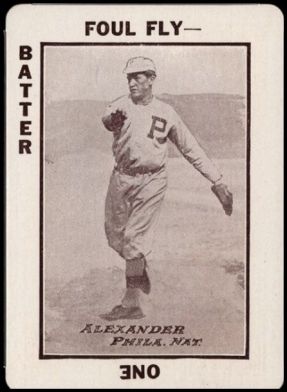 None of that is to suggest, by the way, that everything is fine. Personally, I worry about how the hobby proceeds forward from here.

The biggest issue, I would contend, is that no definitively black and white rules are established and that there is a lot of ‘sorting’ to be done. We’ve got a majority of collectors who are against any kind of alterations (or restoration, for those that like to make the distinction). As I wrote a few weeks ago, there are some conflicting views, though.

There are more questions, obviously. How do we treat alterations? How do we price cards that have been altered? How do we handle our own cards if an alteration is discovered? Is there room for any sort of restoration? All of these are somewhat murky areas that aren’t really well defined.

Further, how should grading companies treat alterations going forward? Will their stance be unified or will they all treat them differently — kind of how they treat some flaws differently?

Muddying the water is that the hobby is full of bad actors, anyway. Sure, PWCC, Moser, and PSA are taking their lumps on this one but the alterations go far beyond the reach of these latest allegations and there are plenty of others doing these sorts of things to cardboard to make a buck. It’s possible, even, that others are encouraged by the kinds of results some of these altered cards have seen and decide to enter the fray after seeing how many have slipped by trained eyes.

Finally, there’s the sorting of those left holding the bag, so to speak. What do those collectors do if they’re in possession of one of these expensive cards? There was talk that PWCC had begun buying some of them back. But there are plenty of others beyond their scope, of course. PSA recommends that owners contact the original sellers but that only goes so far, too. And what happens to cards that aren’t recouped and/or downgraded by a grading company to note the alterations? Likely, they get redistributed back into the hobby.

As you can see, there’s still quite a bit of a mess to clean up.