Size Matters: A Look at Some Diminutive Baseball Cards

Compared to today’s baseball cards, pre-war tobacco and early candy cards are pretty small. The exact size of those cards can vary a bit but, in general, many are in the neighborhood of about 1 1/2″ x 2 5/8″. Of course that’s significantly smaller than the 2 1/2″ x 3 1/2″ cards mostly produced today.

But even those smaller pre-war cards seem oversized compared to a few issues which are downright tiny. Here’s a brief look at some of the smallest cards out there from the pre-war era. 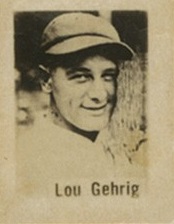 The 1930 Baguer Chocolate cards certainly don’t feel much like cards. They aren’t on paper thin stock or anything but measuring less than one inch on each side, they are flat out small.

These cards were produced by a Cuban chocolate company and had a short slogan printed on the backs calling the brand, El mas popular (translated to ‘the most popular’ in Spanish). While it was an international issue, the set includes major league players and has all kinds of stars, including Babe Ruth, Lou Gehrig, Walter Johnson, and many more.

The cards aren’t terribly plentiful but are seen relatively frequently on eBay. 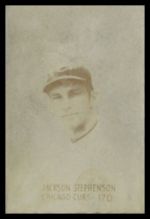 This one’s a little tricky because these cards actually come in two different sizes. One is similar to today’s cards but the other is far smaller. The larger cards are much more difficult to find.

The cards were one of two Tattoo Orbit sets produced and are cataloged as the Tattoo Orbit R308 set. These featured small sepia pictures of baseball players, as well as movie stars. The baseball cards are the most widely collected, obviously, but there is also demand for some of the movie stars, including boxing legend Jack Dempsey, who also did some acting work.

Like the Old Judge cards from the late 1800s, fading is a major problem with this set as the images on many of them are not all that strong.

The larger cards aren’t the focal point here but at less than 1 1/2″  x 2″ in size, the smaller cards definitely belong. 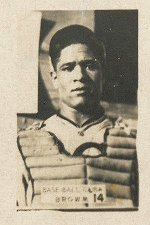 These cards are similar to the 1930 Baguer Chocolate cards mentioned above. Measuring just over an inch from top to bottom, though, these 1927-28 La Mallorquina cards are slightly larger.

These cards were also produced by a Cuban caramel company and are extremely small. They also feature 100 cards, only ten more than is found in the Baguer Chocolate set. But the big difference between those two sets is that while the Baguer Chocolate cards featured major league players, this set features Cuban baseball players — most of which are unfamiliar to American collectors.

But Cuban collectors certainly know of the players and some can fetch large amounts. Popular cards found in the set are Martin Dihigo and Willie Foster.

The 1910 Ju-Ju Drums are different from others on this list due to their shape. These circular cards are similar to the more common E270 Colgan’s Chips cards.

These cards are circular not so much because of a different idea by a card manufacturer as they were because of a necessity. The cards were circular because the packaging of the Ju-Ju Drums candy product was circular.

These cards are extremely rare and even the known checklist is not likely complete at 46 cards. They’re pretty small but that hasn’t hurt values with even commons in decent shape selling for hundreds of dollars. 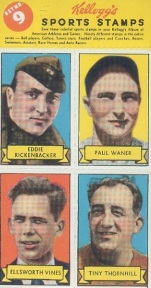 While they are called stamps, they are really more like miniature cards. That is the reason why I’ve featured them instead of smaller collectibles that are actually stamps.

These cards were printed in panels with four to a panel and a total of 90 were in the set. With that many in the set and only four to a box of cereal, it would have taken quite a few purchases and a bit of luck to even collect the majority of the set. Kellogg’s also printed a special book for collectors to place the cards into.

Today, you’ll find quite a few of these separated from the complete panel, although unperforated panels do exist. And, individually, at under 2″ tall, these were certainly quite small. 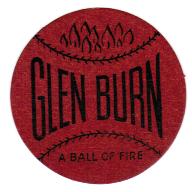 This is another type of card that comes in two sizes. And like the Ju-Ju Drum cards, they are also circular. Both types are small but one is especially small with a diameter of only 1″.

These cards were used to advertise for Glen Burn Coal. The Glen Burn Mine was in Shamokin, Pennsylvania on Route 61. Coal was mined from the location and then distributed by numerous companies.

Technically, these cards were actually scatter tags. Scatter tags were used by coal companies as small advertisements of sorts. They were mixed into piles of coal shipments that were on railcars or trucks. They were generally colored so that they could be recognized easily by customers.

These tags were either red or tan, and baseball-themed since they had baseball stitching printed on them. On one side was the Glen Burn name and, along with a small picture of fire, included the caption, ‘A Ball of Fire.’ Red is most common color by far.

The 1909 W555 strip card set includes small, black and white square pictures. The cards are from the outsides of candy boxes, which should actually make them E-Cards. It is likely that Jefferson Burdick did not realize where they came from when he created the American Card Catalog and assigned a W-Card classification to this issue.

Some of the pictures have been also used in other sets. For example, the image shown on Red Ames’ card is from one his T206 cards. The cards are small, measuring under 2″ on each side. And this picture of Hal Chase was a closeup from one used on some of his caramel cards.