Finding the first cards of early athletes can prove challenging

Lots of collectors consider themselves to be rookie card enthusiasts. The idea of finding a player’s first card is often a lot of fun.

Collecting rookie cards of modern players isn’t too hard. The biggest ‘problem’ is that rookie cards of baseball players these days usually come out long before you see a player appear in the major leagues. But, in general, it’s not too hard to find a modern player’s rookie card – particularly ones in the post-war vintage era where, for many years, Topps was the only game in town until the 1980s.

Rookie card collecting in the pre-war era, though, is another thing entirely for a few reasons. 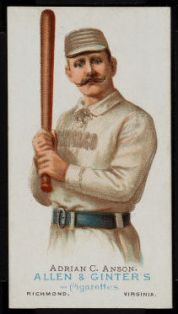 Fortunately, we’ve learned much more about pre-war cards than was previously known. That’s been made possible due to the tireless research of some and also through the widespread sharing of information through the internet.

But there are still many questions that remain unanswered and, often, those questions refer to specific dates that issues were released. Cards that were once believed to be issued in a particular year have changed. For example, the N28 Allen & Ginter set was long believed to be an 1887 issue and, subsequently, the N29 Allen & Ginters were considered 1888 cards. But through research of certain players and their teams, we now know those cards were likely issued in 1888 and 1889, respectively.

This kind of situation isn’t entirely rare. Often, we’ve found out that cards were released a year or two later than was initially believed. In some cases, the gap has been even more considerable.

Obviously, the problem there for rookie cards can be significant. Players often have several issues close together and, even in the pre-war era, they have many cards in the same year. If the dating is off by even a single year, it can make finding a true rookie card difficult.

Adding to that problem is that, even when dates are established, many sets were produced over a time period of more than one year. In those cases, only a player’s card in the first year would be considered by most to be his true rookie. But while we can tell what year some multi-year set cards were produced in (i.e. the 1934-36 Diamond Stars cards), others cannot be determined.

The second piece to the puzzle is trying to determine what exactly constitutes a card. Today, we have a pretty good idea of a what a standard baseball card is. But pre-war collectibles were often blurred.

For example, there are the oversized exhibit cards. These were cards that, in general, were about the size of a postcard. Most, with blank backs, clearly were not postcards. But should those count? Further, what about postcards themselves? Can those be actual rookie cards?

Many people will consider things cards if they were cataloged in the American Card Catalog. But that means that we’ve got consider things like silks, postcards, paper dolls, banners, felts, pins, sheet music, and a whole host of other things. While collectors will differ on including postcards in the rookie card conversation, some things like pins clearly are not baseball cards. Collectibles, yes. Cards, no.

Part of the real difficulty in collecting pre-war rookie cards is that some stuff is just so absurdly rare. Things like the more common tobacco cards, gum cards, etc., can be relatively easy to locate. But there are some tough issues out there that, unfortunately, seem to be sometimes recognized as an athlete’s first card.

One of those examples is seen in boxing in the case of Hall of Famer Jack Dempsey. 1922 cards are often considered as Dempsey’s rookies but he has earlier cards. One, for example is the 1919/1920 Underwood and Underwood card. The card is commonly listed as a 1920 card but could actually date to 1919 as the only two cards in that set are Dempsey and Jess Willard. Those two happened to fight in early 1919 and, for that reason, the cards are sometimes credited as being from that year.

Problem is, the cards are pretty rare. PSA (who classifies the card as a 1920 issue, by the way), for example, has graded only a total of ten of the Dempsey cards. What’s a rookie collector to do?

Beckett has always tried to make it easier for rookie card collectors. I don’t know if this is still their stance but they have often considered only mainstream and widely available cards to be a player’s rookie. For example, they used to (I am unsure if this practice is still maintained or not) cite virtually every player’s card in the 1933 Goudey set as a rookie card. Babe Ruth’s cards, for example, were all considered rookie cards. Same for Lou Gehrig and almost everyone else. Hardly any pre-war collectors will consider those to be Babe Ruth cards as Ruth had many other earlier cards, dating back to nearly 20 years prior to that. But because those were widely distributed and seen as not regional issues, that was likely the cause of their designation as rookie cards.

If the classification of a rookie card is an athlete’s very first card, regardless of availability, that can make it incredibly difficult to determine a real rookie. 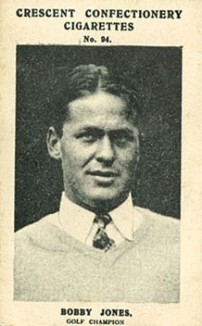 Often along the same vein of the rarity thing are international cards. Because those cards were not printed domestically, as a result, many are hard to track down.

Some cards, such as many of the UK issues of the 1920s and 1930s, are usually much easier to find. Card collecting in the UK was a popular hobby, as evidenced by the number of cards that were created and, equally as important, the number that have survived. But a lot of countries produced very low-quality cards that were issued in much smaller quantities. Finding some things, such as Cuban baseball cards, can be a difficult venture.

Should international cards count as a player’s true rookie? If, say, an early card from Taiwan existed of Superstar X that was discovered to be his first card, should that be his rookie card if we know of only a sole copy? Again, this is where the lack of a real definition comes into play. Some collectors would ignore international issues of American athletes while other would say they rightfully belong up for consideration.

Collecting more modern rookies, it should be pointed out, have some of these same considerations, too. But rookie card collecting in the pre-war era can be particularly challenging as these issues pop up with more frequency.