When I initially finished creating the set database for baseball, football, basketball, and hockey, I really figured it would end there. In all, it was about a one-year project and that involved many months of working every spare hour on the project. There are somewhere in the neighborhood of 1,000 sets on this site featuring those four sports and, as you can imagine, it was a lot of work.

At first, I expected to catalog somewhere around 500 sets in all and virtually doubled that. Safe to say, it was a lot more work than I initially anticipated. Since then, I’ve fielded many questions about adding other sections to the site and, understandably, I’ve been really reluctant to do that. While I enjoy cataloging and researching sets, I really like blogging about sets and digging deeper into specific cards a lot more. There’s a lot of cool research that goes into learning about sets and cataloging them but the amount of grunt work and typing is so much more than you can probably imagine.

But I decided to take the plunge, anyway. 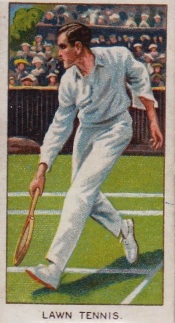 The site, in terms of new blog articles has been silent for a few weeks. No, I haven’t lost interest in maintaining it. In fact, I’ve really missed not being able to blog more but there’s a good reason for that.

Earlier this year, I had quietly begun laying the groundwork for trying to expand the site and have been pretty intensely into that the past month. As the initial pages were, it was a lot of work. But the end result is that the site now catalogs sets for four additional sports – boxing, golf, tennis, and wrestling.

Somewhere around 250-300 new sets have been added to cover boxing, golf, tennis, and wrestling. That might seem like a small amount in comparison to that aforementioned 1,000 I told you about for the first four sports. But keep in mind that many sets for the new sports were previously done for baseball if they were multi-sport issues. Those pages only required some modifications to add that they had boxing, golf, etc. The new sets I’m talking about here were ones that did not exist in any form on the site and had to be created from scratch.

Keep in mind, this isn’t an end all be all cataloging effort, though that certainly is the ultimate intent. The idea, as was done for the other four sports, was to include any set that had even a single card from each of those sports. So is every pre-war tennis set in existence here yet? Nope.

Finding every set from every country on the planet that includes even a single boxing or golf card is an unimaginable task. But what I’ve done is try to take care of the more major sets and then work my way onto more obscure ones. Don’t get me wrong – there’s plenty of obscure stuff here. For example, I don’t know how many collectors have heard of things like the 1924 A&J Coudens / Monax Sports Alphabet set or the A.W. Gamage Sports Outfitter Playing Cards. But, in reality, there are surely many more of those types of sets that I likely haven’t even heard of yet.

The biggest problem with cataloging these issues, beyond a shadow of a doubt, is trying to track and learn more about the international issues. There are just so many that it can’t be reasonably explained without going through the process and seeing it for yourself. Many sets are relatively common but there are so many obscure sets that it can make your head spin. Aside from maybe boxing, I’d guess that something like 80% of the new sets cataloged were international sets. That’s off the top of my head but, again, it’s a lot.

Those four sports were really the most logical step to me. Boxing would be at the top of that list just because, of the four, it’s probably the most widely collected here in the U.S. There are so many great pre-war boxing cards that even people like myself that don’t focus on that sport can get sucked into collecting a set. In terms of no-brainers, boxing was certainly one.

Tennis and golf seemed like natural fits, too. Each of those sports has very recognizable early names and there are numerous issues in each, particularly on the international level. I have become familiar with cards in those sports as I’d collected them some and, as pretty popular sports, those two made the most sense after boxing.

Wrestling, admittedly, is a guilty pleasure. I’m a big pro wrestling nut and have just gotten into collecting those cards recently. And since there aren’t the kind of abundance of those cards as there are for other sports, it seemed like a manageable task, which it ultimately was.

Could more sports be added? Possibly. But right now, I don’t foresee it.

Soccer is the elephant in the room with regards to that but I’ve got zero interest in trying to catalog what are probably a thousand sets or so. It’s the most popular sport in the world, but there’s so little interest in the U.S. when it comes to collecting those cards. Not only that, but I’d essentially be starting from scratch there as I’m not a big soccer guy. I’m comfortable enough with the other sports but soccer would be pretty difficult for me to tackle and provide any level of meaningful expertise. Plus, there are loads of other soccer card sites out there that can do that sport justice much better than I could.

Track and field is kind of in the same ballpark, though I’d certainly feel a little more comfortable with it. There are just so many issues out there. Ideally you’d love to have it but there are an unseemly number of those cards, too. The volume, I think, is what would make it difficult.

I’d never say never with those and maybe once my batteries were charged and I had time to really update the other pages, I’d consider it. But if you’re hoping to see those or others, I wouldn’t hold my breath. 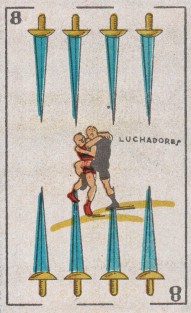 While I’ve gotten quite a bit done with the new sports, there are many more sets that need to be added for them. Over the next several months, I expect that another 100-200 sets will be added in those four sports.

Keep in mind, these are not sets I am even really aware of at this point. I just know that in researching and digging, I will find more. When you’re trying to catalog anything with even a single card in it for a particular sport, there are literally that many sets, folks. I’ve gotten a lot done but a lot more is still to come.

Also, with regards to the pages for those four new sports, you might notice that the list of sets is not set up the way it is for the first four sports (baseball, basketball, football, and hockey). For those first sets, I have them in tables with pictures of a sample card in the set. The sets for the new pages are simply in list format, which doesn’t do too much for you if you’re trying to identify a set by what it looks like.

That will change. Eventually, all pages for particular categories (i.e. Golf Tobacco Cards) will be in the table format like the others. The reason for the delay there is because when I need to add a new set, it’s basically a pain in the butt using the tables. Since they’re in alphabetical order, I literally have to shift everything around to make a new one fit. In the list format, it’s much easier to add new sets and, as I anticipate adding quite a few more sets, I’m going to keep them in the lists until I’m confident that I’ll need to add fewer sets where it will be less burdensome. If none of that makes sense, just forget I said it.

Finally, I’ll be getting back to blogging articles starting soon … like this week. So be sure to check back and look for those again.

Thanks for bearing with me while I get through these site changes. But while it threw my schedule off a little in terms of writing articles for the site, it was for the better and makes the site an even more valuable resource.