1901 Wills Sports of All Nations Set

Wills Sports of All Nations Overview 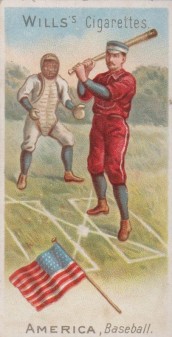 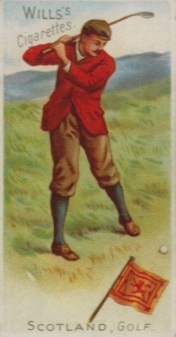 Most UK tobacco sports card issues featured sports like football (soccer), tennis, and cricket, among others. A few, though, included American baseball and that was the case with the 1901 Wills Sports of All Nations Set.

Dates have conflicted at times on these. Some sources cite them as a 1900 issue while others say they are from 1901. In any event, they are a very early 20th century tobacco card issue.

The set is a 50-card release that included a variety of games and sports around the world. The cards are a standard tobacco card size for the era and they are colorful. One distinction between this release and others is that these cards are noticeably thicker.

Collectors should also note there are several different types of backs for these cards with different advertisements, as they were distributed in different Wills products. While cards can be found with multiple backs, it may not be yet confirmed that each card can be found with each back. The ones I have seen are identified below but others may exist.

Of interest to many American collectors is an American baseball card. While generic, the card is impressive, featuring an early 1900s batter and catcher awaiting a pitch. In addition to the baseball card, there are a few others here that will draw some interest from non-UK collectors. Many of the cards feature things that most collectors will not consider athletic sports, such as hunting. But in addition to baseball, there is wrestling, soccer, boxing, golf, tennis, and others.

The cards are not impossibly rare but are difficult to find in the U.S.

Wills Sports of All Nations Checklist

Below is a full checklist of the set: