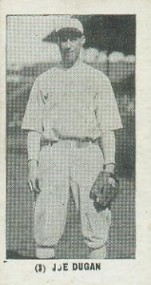 The W502 set includes black and white player images on the fronts and either blank backs or backs with specific actions tied to some sort of a game.

The cards are similar in appearance to the F50 food issues but have different backs. The cards also correspond perfectly with the few 1928 Greiners Bread cards found to date and shares the same checklist and pictures as that issue.

The set is big on stars with almost half of the cards depicting Hall of Famers. Babe Ruth, Ty Cobb, and Lou Gehrig lead the way here but there are more than 20 others enshrined in Cooperstown as well.

PSA has graded every card in the set, but only a few (or in some cases, one) of each.

While these are called the Game Backs set and are often believed to be part of a game, they appear to resemble something more of a contest.

We know that because in addition to the bagger and home run references, some of the cards also state that the holder is to return the card to a shopkeeper in exchange for a baseball.

It is possible that the cards not mentioning a prize were a sort of ‘Better Luck Next Time.’ Some phrases printed on others (like the one shown here) even loosely suggest that as they state, ‘Hold What You Got.’ But that still doesn’t explain the blank backs. Perhaps those were distributed by some other means entirely but the contest/game remains very much up in the air.

Rarity of the backs isn’t easily determined but I’ve generally seen fewer of the ones offering a baseball exchange for the card than I have of the cards with no such mention. That, of course, makes perfect sense given that the ones mentioning a prize were probably limited to begin with to avoid having to give so many away. Further, cards that were exchanged for a baseball likely were not returned and, I’m guessing, were discarded.