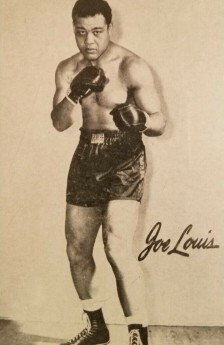 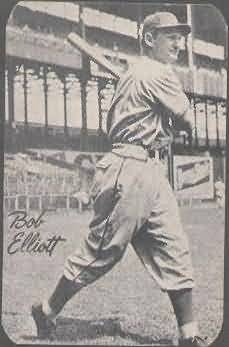 This black and white set is one of the most popular early baseball card sets following the end of World War II. The set is listed in the American Card Catalog as D305.

These cards are a bit larger than many pre-war issues, measuring just a little narrower than today’s standard 2 1/2″ by 3 1/2″ cards. The cards are black and white with replica signatures on the front and blank backs.

While this is mostly considered to be a baseball set, it’s really a multi-sport issue to some. In addition to the 44 baseball players in it, the set includes four boxers, including Joe Louis. Some may consider the boxers to be a separate set but because they have the same design as the baseball players, they are usually considered to be part of the same issue. Additionally, 48 cards was a more standard number for trading card sets as opposed to 44. Thus, it makes since to put all 48 cards together.

It should be noted that most cards have rounded corners or, perhaps more accurately, the cards have a bit of a stop sign shape cut. But a second version of the cards exists with solely square corners. Both versions exist for both the baseball players and the boxers.

Several key cards exist in the set, including Joe DiMaggio, Bob Feller, Stan Musial, Johnny Mize, Ted Williams, and others. But the most important card in the set is no doubt the rookie card of Brooklyn Dodgers Hall of Famer Jackie Robinson, who broke baseball’s color barrier the year this set was issued. Louis is the most valuable of the boxing figures.

In addition to this set, Bond Bread created a separate 13-card set featuring only Robinson.

All are baseball players with the exception of the four boxers as noted below.