Population reports aren’t perfect but they can be critical in giving collectors an idea of the rarity of particular cards. Even if they cannot provide us with true populations of most cards, they can help us with determining the rarity of particular cards in a set compared to other cards in a set. And that’s really good information to have. I routinely am in and out of pop reports, practically on a daily basis.

SGC, one of the three main third party grading companies, has had a population report on its site but was set for some time to come out with an updated one. That finally happened as the new SGC population report is out.

I took a spin around it and, well, it’s sort of a mixed bag from my vantage point. Here’s what I noticed.

Additionally, overall it’s just a pretty clean look. Simple, basic, and mostly user friendly. I was able to do what I needed to do with minimal issues and did not even need to view the tutorial videos on the pop report’s page. Things generally went pretty smoothly for me and I thought the user experience was fine. Most people using the pop report should have minimal issues in terms of figuring out what to do.

Visually, I do wish the columns for particular grades were a wee bit smaller because, as it was, I had to actually scroll horizontally just a bit to see all of the grades for a particular card/set. But a quick SHIFT+- shortcut quickly shrunk things down to fit on my monitor. That was hardly a major issue for me and I thought the look of the site was fine.

My favorite part of the new pop reports is that the old quirky search box has been replaced with an easier to use one. To me, that is a big improvement and will save me all sorts of time when accessing the data.

Before, you were required to take an extra step and enter a sport for a set. That was not only a little more time consuming but also downright confusing in the case of earlier multi-sport pre-war sets. Now, you simply search for a set and all of the sets/sports come up. I love that. Plus, if you want to filter so that you only see results for a particular sport, you can do that. That won’t be much of an issue for pre-war collectors. Really, it’s a bigger problem for modern sets (i.e. searching 1980 Topps would bring up for the Topps sets across the different sports).

It’s also worth pointing out that this really makes searching for multi-sport sets much easier. SGC keeps all of the sports separate in most of those multi-sport issues and, while they are still separate (blah), they at least all show up on the same search page now as opposed to needing to conduct searches for each sport in a set.

One thing I would have loved to see is what PSA’s population report does — you start searching for a set and autofill takes care of the rest. Autofill would not only make searches faster but would also allow you to see in advance if a particular set is even in the database (at least in the way you’ve typed it in). But the new SGC method is, if nothing else, still far better than what it was.

ALL THE BACKS – Ruh Roh 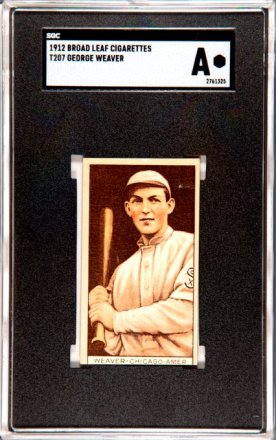 One of the great annoyances I have with the system is for certain sets with cards that have different back advertisements. That was a problem with the last population report page and, unfortunately, it’s still here.

For example, search for the T207 tobacco card set (Here’s a pretty Buck Weaver rookie card from it, by the way) and you are greeted with not one entry, but several, for the various back advertisements. In other words, if you want to do a population report search for that set, you are forced to click on each of the options for the different back ads.

My guess (and I stress the word ‘guess’ here) is that SGC categorized the options based on how they labeled the slabs. While I understand that a bit, it isn’t really ideal for population reports where collectors want information on a particular set all in one place. More people will care about overall numbers for a set like T207 than they will trying to decide how many Cycle-backed T207s there as opposed to Broadleaf-backed T207s.

While that is a significant problem for me, the good news is that the amount of sets with that issue are limited. It does affect some pretty popular pre-war sets, of course, like T205, T206, and T207, but does not affect the great majority. So while it is a problem, it is somewhat limited.

A big headache for me is that the ‘Back’ button is essentially disabled.

For instance, if you run a search for something like T207, you will get all of the entries I discussed above for back advertisements. If you click on one of them and then click the Back button on your browser, you are not taken back to the page with T207 search results like you might expect to be. Instead, you’re taken back to the main page where you’re forced to search for T207 all over again. lolwut?

Overall, it’s just a little clunky, which was something I didn’t quite expect since it took quite a while for it to be released. 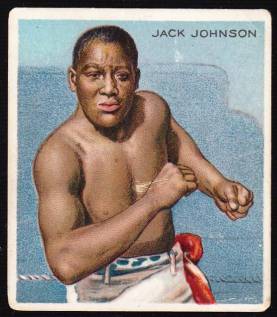 Finally, another issue I noticed is that trying to find data for certain sets can be a bit of a headache. Worse, I am not even sure if it exists.

Just for fun, I started entering various sets — one of those was the T218 Champions set that, of course, I am wildly fond of.  But when I searched for this multi-sport set, I saw not only the different entries (as opposed to everything being together) for different sports/backs, but only a total of four T218s showed up in the entire system.

That absolutely was wrong (after all, there are nearly 100 SGC-graded T218s on eBay alone right now) so what’s the deal?

Now, the Mecca Cigarettes label is for the back advertisement but that those don’t even show up when you search T218 is kind of nuts. If you want to find all of the T218 cards, you’ve got to actually search for 1910 Mecca, 1910 Hassan, and then 1910 Tolstoi — and even after you do that, you still have the multi-sport issue to contend with as each sport is given its own entry. Oh, and that pesky Back button issue, too.

I don’t know why it was done that way. Anyone wanting information on a set like T218 is either going to give up or have to spend all kinds of time digging for it. I don’t expect it’s an issue they will fix because, well, most collectors are chasing things like 1952 Topps and 2020 Bowman instead of 100-year-old sets with hammer throwers and bowlers. But pre-war collectors are going to have their hands full with sets like that that included multiple sports and multiple backs.

Overall, I guess it’s like most updates — there were some things I liked and other things I didn’t like. If nothing else, though, it is good to have the SGC population report page back up and running, even if it could still stand to see some improvements.