Bargains can still be had from the popular T206 set

Prices on most pre-war cards are pointed sharply upward and that includes those found in the T206 set. T206 cards have never been hotter and it’s getting harder to find some, like the four Ty Cobb cards, at affordable prices. With even low-grade Cobbs at or near $1,000 as a starting point, the set can be intimidating for a lot of collectors.

But while prices on Hall of Famers like Cobb and the rarities are getting to be less affordable, there are still plenty of bargains in the set.

Here’s the thing. Once you get past the rarities, the Cobbs, and some of the heavy hitters like Cy Young, Christy Mathewson, and Walter Johnson, much of the other stuff still isn’t too bad. And many low-grade Hall of Famers are in the $100-$200 range.

I get it. What if that’s beyond your budget? The good news is that you can still collect T206 and get most of the set for probably less than you think.

In all, there are 524 cards in the entire set. But a set with that many cards means there are a boatload of commons in it. The set has a ton of stars and Hall of Famers (many of which have more than one card) but roughly 70% of it consists of commons. And with commons for the set starting around $15, that makes for a lot of possibilities. Plus, while the days of sub $10 T206 cards are generally over, you will sometimes be able to snag some under $15. I recently bought a few for $12. 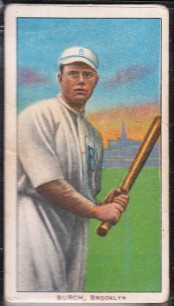 Now, you might be wondering why collecting common cards would be interesting. But one of the great things about the set is that the stories of some of those players are absolutely fascinating. There are some gems among them that you can get for next to nothing.

Ed Abbaticchio, for example, is one of those commons. Did you know he is considered to be the first major league player of Italian ancestry? The set of players with all kinds of unique stories and the fantastic book, The T206 Collection: The Players and their Stories will give you some great insight on all of the players in the set. If you’re interested in finding nuggets on players in the set, that’s a great place to start.

If you’ve got an interest in T206 but are scared off by the prices, don’t be. That doesn’t mean you should be trying to build the set or anything but it’s quite easy to get some T206 cards into your collection without going broke.

Maybe you’re interesting in starting with T206 but don’t know quite where to begin. If you’re budget is at the level for commons, I’d suggest running a search on eBay and simply looking for cards that pique your interest. Maybe that means cards with a specific pose. Or maybe cards of players from a specific team. There are all kinds of ways to collect T206. 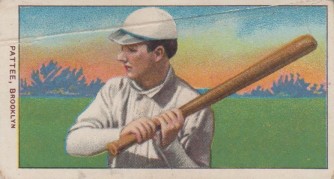 A really easy goal for a subset is the six-card grouping of horizontal cards. I recently wrote about the Barney Pelty in this group and, starting at around $30-$40, it’s a much more affordable card these days. That’s the most expensive in the group with the other five selling for only a little more than commons. In all, $150 can buy the six horizontals with a bit of patience.

There are all kinds of options for budget collectors when it comes to T206 cards. And given that it’s the most popular set of all time and that the cards are more than 100 years old, that’s one of the things I love about it.