A Cheap Find Leads to a Post-War Distraction

Recently, I detailed my experience with building a T206 set. It’s probably my favorite thing I’ve done collecting wise and I’ve got no regrets. If I sold my cards today, it would probably be the last thing I’d want to get rid of.

That said, I sold a bunch of cards to acquire my T206s. You might remember from my article that, among those, was a complete 1951 Bowman set.

The 1951 Bowman set was the second vintage one I’d built since I jumped back in to collecting (1948 Bowman was the first — I used to love me some early Bowman cards, folks). Like most sets, I initially built it pretty low-grade and then upgraded many of the cards in it. It was mostly a mid-grade set with the key cards of Mickey Mantle, Ted Williams, and Willie Mays were lower. The Mantle was really clean and graded kind of harshly (a BVG 2).

I didn’t want to sell any of the cards I did but I really hated giving up those along with my 1933 Goudey near set. Like I said, I don’t regret moving either but it would have been great to hang on to those cards.

The 1951 Bowman set, in particular, is probably my favorite post-war vintage set. True rookies of Willie Mays and Mickey Mantle, other key rookies, really clean looking fronts, and a bunch of horizontals (which I love), and shortprinted high numbers. It’s just a really great set, in my opinion. 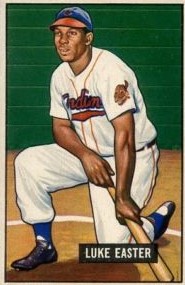 One of the cool things about it is that it includes early cards of some of the first black players after integration. Jackie Robinson is missing but others, like Mays, are found. A lot of collectors’ favorite card in the set is either Mantle or Mays. Me? Mine might be Luke Easter.

One of the lesser touted cards in the set is that of Luke Easter. Easter is not a household name but was a terror in the majors for a few years and doing unimaginable things to baseballs in the Negro League. Like others, he did not get to the majors until he was past his prime due to baseball’s color barrier. But despite that, he still put together a string of solid seasons, hitting 86 home runs from 1950 through 1952. He hit .303 as a 37-year-old the following year in part-time action.

So, I recently put in one of my somewhat-regular COMC orders (Here’s a thread with everything I bought, by the way). I had a good bit of money left over and found myself with no other pre-war stuff I wanted to buy. I checked an account from a seller I’d bought from before and noticed something – 1951 Bowman cards under a buck. A bunch of them for around fifty and sixty cents. A bunch more up to a buck or a little more.

Now, these cards all had some sort of damage, obviously. Some had tape residue. Others had several creases. But the opportunity to buy 1951 Bowman cards that cheap couldn’t be passed up. Within a short time, my remaining money was gone. Here’s a look at the haul. 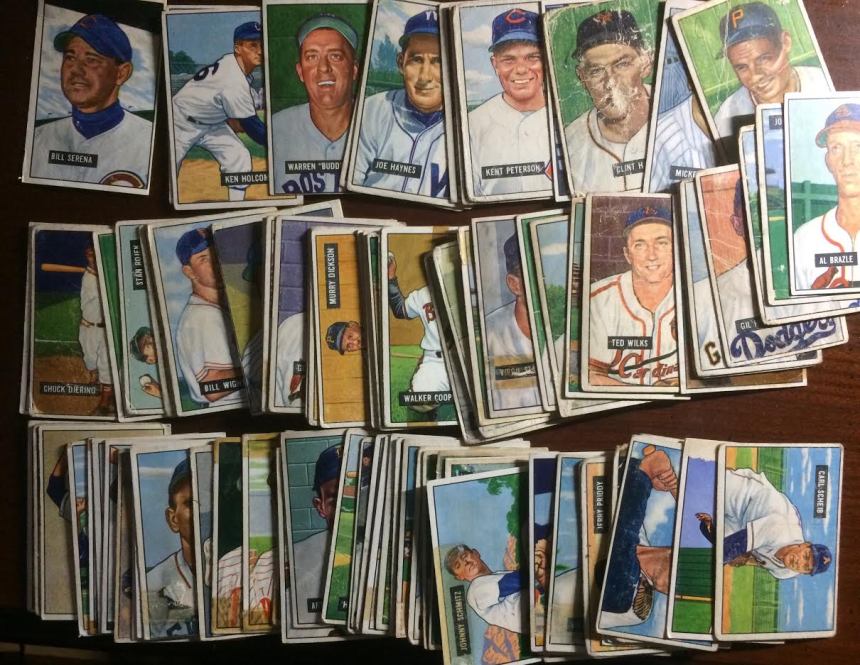 So where do I go from here? Well, based on my set collecting tendencies, I think you have an idea where this is going.

Frankly, I’d love to build this set again. I have a problem in that I don’t want this to lead to doing a 1948-55 Bowman run but at a minimum, I’d like to do this set.

Like my other distraction, Dwight Gooden cards, I don’t figure to get back into the rat race that is full-blown post-war cards. Nothing against those fine cards, of course, but I’ve got all I can handle trying to accumulate all of the pre-war stuff I want.

Still, I’m excited to go through these cards and determine what I’ve got and what I need.