For some reason, this Canadian set doesn’t begin with No. 1. What gives? 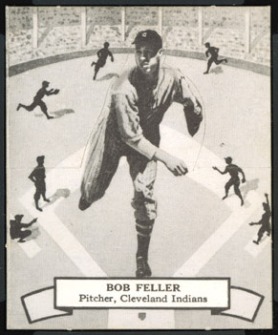 Cataloged as V300, the 1937 O-Pee-Chee baseball card set is the first release of baseball cards put out by the company. O-Pee-Chee did create a set of photos earlier in the decade (a near parallel to an American issue created by Butterfinger) but this is its first baseball cards set.

The cards are unique ones. They have a pop-up design and are somewhat rare. Most of them are found with the card popped out to present a 3D image but the most valuable ones are the ones that have been left undisturbed. The set is highlighted by a card of Hall of Fame pitcher Bob Feller. The Feller card is notable because it is viewed as a rookie card by some. Feller does have a couple of earlier photos/collectibles but this, along with his 1937 Exhibit card, is seen by most to be his first true baseball card. 40 cards make up the entire set.

The set is mostly pretty straightforward. But the big mystery surrounding it is its odd card numbering. Unlike nearly every other set, the set does not begin with card No. 1. Instead, it starts at No. 100.

Now, there have been instances of companies doing this before. However, it’s almost always about picking up where a previous set left off.

In this case, though, the reasons are less clear. That’s because there isn’t an earlier known O-Pee-Chee baseball card set. But what about other sets? Did O-Pee-Chee produce other card sets before this one that could be tied to it? 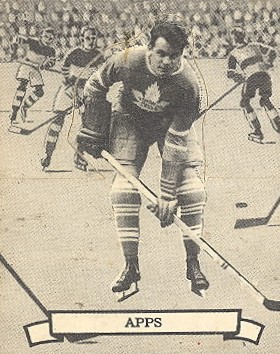 Appropriately, the 1936-37 hockey cards had the same design as the 1937 baseball issue. One is shown here.

Hitting a road block with any kind of tie to the hockey issues, I then began to wonder if O-Pee-Chee had produced other sets to which a connection could be made. After all, the company began operations in 1911 so they had been around for quite a while. But my searches there did not turn up any other sets that this could have been tied to.

I then began to think about the company’s origins. See, in the 1940s, Bowman sprang up from its predecessor, Gum, Inc. While Bowman did not continue numbering a set for one of Gum, Inc.’s earlier issues, I suppose that could have been possible. So, what were O-Pee-Chee’s origins?

Well, it turns out that the brothers that started the company previously worked for a gum company called C.R. Somerville, which was later acquired by the American Chicle Company. The brothers actually purchased a division of C.R. Somerville (Somerville Paper Box) and then began issuing a product called Gipsy Gum. They didn’t actually start using the O-Pee-Chee name until 1921, according to their page from Wikipedia.

They maintained the Somerville Paper Box company until after the production of this set and had used the Gipsy Gum name before renaming the company to O-Pee-Chee. Did those companies or the American Chicle Company issue any sets?

Gipsy issued transfers and even had some pictures printed on wrappers, like this one of a baseball player that was owned by Net54’s Leon Luckey. And while this book mentions Somerville producing numerous products like board games and even cards, I have not found any evidence of sets where this card numbering would fit. Likewise for the American Chicle company, which produced numerous non-sports collectibles.

As I was thinking about this, another item occurred to me that seemed to make tying these to a previous set more difficult. These cards started with No. 100. That means that, if they were the continuation of another issue, that would have been an oddly numbered set. That’s because it wouldn’t have been a 100-card set — rather, it would have had to include only 99 cards for this one to be able to start at No. 100.

Now, plenty of sets went up to 100 cards. But how many can you say went to 99? Some set must have but off the top of my head, the closest match I can think of is the E91 American Caramel set, which has 99 cards. But even that isn’t really the case as they are really three sets of 33 cards each.

Maybe O-Pee-Chee simply just wanted to start its set at No. 100 for the heck of it. Maybe it was a mistake by a printer. Maybe they wanted to create the illusion that the cards had been around longer than they were. All of those sound kind of silly but with such little evidence pointing to anything else, we’re not left with much else. 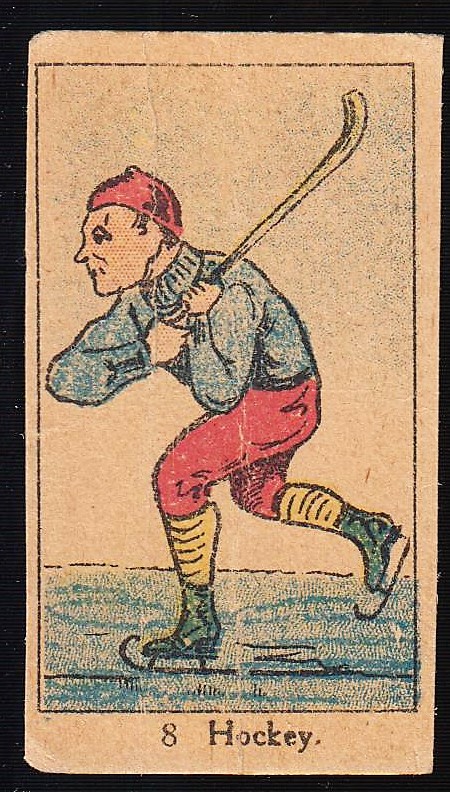