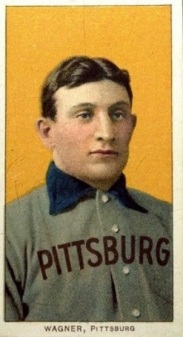 The Honus Wagner T206 card is the most iconic baseball card of all time. But at a price of six or seven figures, few could ever afford to buy one. One company, though, is trying to change that.

For only $100, collectors will soon be able to buy a share of a Wagner card.

Rally Rd., a New York company, are the ones offering the unique initiative, per the New York Post. They are selling a minority stake in a Wagner card for approximately $500,000. Collectors will then be able to buy into that at $100 a share.

The plan is to sell the shares via Rally Rd.’s app in August with collectors able to buy up to 4,000 or 5,000 shares. The card available is one from an unnamed owner that negotiated a deal with Rally Rd.

So, what do you get for your $100? Unfortunately, not too much. As the Post states, each share is the equivalent of approximately .00004 percent of the card. I’d make a bad card joke about trimming but find myself all out at the moment.

Is this a new concept? Not entirely. According to the article, Rally Rd. has done similar things with collectible cars and they plan to now get into the sports memorabilia market. In other words, you could see other similar opportunities for some other rare cards in the future.

But the concept of splitting a baseball card up among so many owners, prior to this one, is not one I’ve heard about before. Handfuls of collectors have done things like this but certainly not to this extent involving what will probably be so many people.

This is going to get dumped on quite a bit, I imagine. And I get that. But honestly, I don’t know, I’m kind of a fan? For one thing, the card just continues to climb in value and while I don’t know that you could ever see a big return on your $100, owning a part of the most famous card in history, even as mostly a novelty, is sort of cool.