Baseball card collecting as alive and well in 1977. I was born a year later so I can’t speak to the state of the hobby at the time. But it was sandwiched somewhere in between the craze of the first Topps gum cards and the boom of the late 1980s and 1990s. Safe to say, people were buying and selling cards, and the hobby was growing.

Back then, there were some valuable cards, of course. Cards have shot up in value since then but what I was surprised to see on this list of the eight most valuable cards were cards I didn’t quite envision.

With that, I give you the list of the eight most valuable baseball cards from something called “The People’s Almanac Presents the Book of Lists.” 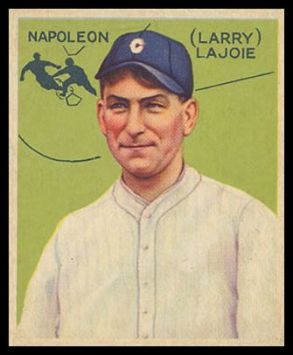 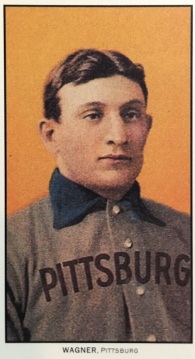 1. Honus Wagner T206 ($1,500) – No surprise here. The Wagner T206 is the most valuable card in the hobby and has been for a very long time. At $1,500, that’s considerably less than other reports I’ve seen for the card at that time but seeing it here in the No. 1 slot shouldn’t surprise anyone.

2. Eddie Plank T206 ($1,000) – The Plank card, obviously, is not the second most valuable card today. I’m not entirely shocked it’s here but it’s, of course, a change from where it is today. Still, nothing to crazy for the times, I suppose. The Plank card has been recognized as a rare one for a very long time.

3. Nap Lajoie 1933 Goudey ($800) – Another perfectly fine selection. Tough card that I’ve deemed one of the most iconic pre-war issues of all time.

4. Grover Lowdermilk T207 ($200) – This is where things start to come off the rails a little. The Lowdermilk T207 is certainly one of the tougher cards in a very tough set. And while it’s fallen off a little bit in popularity as it’s been passed up by the Irving T207, it’s a somewhat reasonable card here. T207 was held in greater regard and if the Lowdermilk was once perceived as the most expensive card in the set, I can buy that.

But if this list was a television show, this is where it sort of jumps the shark.

5. Art Houtteman 1953 Glendale Meats ($100) – Who did what now? Now, this is a tough card, no doubt. Even in low-grade condition, it’s over a grand. And an REA auction listing for it described it as the T206 of the Glendale Meats set. But among the most expensive baseball cards of all time? I have to say, this one shocked me simply because it’s a food card when so many older tobacco and gum cards existed. 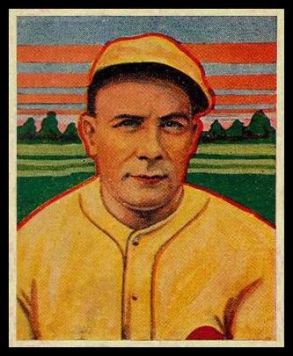 6. Gil Hodges 1950s Dormand Postcard ($50) – Another shocker for me. Now, the article states that, at the time, anyway, only one existed. But, as this listing points out, that number has been shattered. That auction included a whopping 750 of the Hodges postcards, which perhaps went uncirculated. For such a rare card at the time, it makes sense. But with hundreds known now, obviously it has no place on such a list today.

7. Any card from the 1950s Briggs Frankfurters Set ($50) – Yet another overblown 1950s issue. Given where this list is starting to go, I’m not too surprised here. These cards, like the others, do hold value. The Mickey Mantle from this set, even in low-grade condition, sells for thousands of dollars. Just not anywhere in the same stratosphere as other ‘most valuable’ cards these days.

8. Any card from the 1932 George Miller Candy Company set ($25) – We finally get back to the pre-war arena here and the Miller cards are an interesting pick. They are certainly one of the more underrated gum cards of the 1930s but seeing them here?

The first half of the list wasn’t too surprising, I suppose. But that bottom half is kinda nuts.

The Elephant(s) in the Room 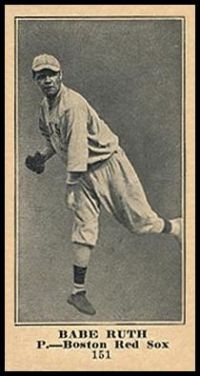 Two things have me questioning the credibility of this list. Don’t get me wrong. I appreciate the look back into the past. But this doesn’t sound like a list assembled by a baseball card collector.

For one thing, the last two selections are incredibly weak. Not because of the sets chosen. Rather, because no individual card was listed. Mantle, for example, is in the Briggs set. But is his card really valued the same as a common? Of course not. Similar, you can make that case for the George Miller set, too. In that set you’ll find numerous Hall of Famers and those aren’t on par with commons. Those entries are just pretty lazy.

The glaring omission here, obviously, is that Babe Ruth and Ty Cobb are nowhere on the list. Sure, you can dismiss the fact that 19th century stars like Cap Anson, etc., aren’t here. But how is there not a single Babe Ruth or Ty Cobb card? I have to imagine that some Ruth/Cobb cards were valued at $25 or more at the time of the article.

Still, I always get a kick out of reading stuff like this and found it to be an interesting look into earlier collecting times.