What are Exhibit Cards? Here’s a Look at the Basics.

The popular sports cards spanned a total of four decades

Many collectors have heard of Exhibit cards but those not familiar with vintage issues are not always entirely sure of what they are. Because of that, I thought it would be a good idea to give a brief rundown on them.

Here are some answers to common questions. 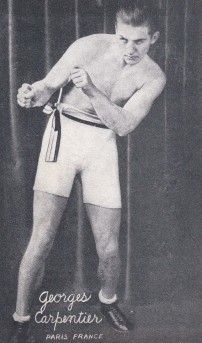 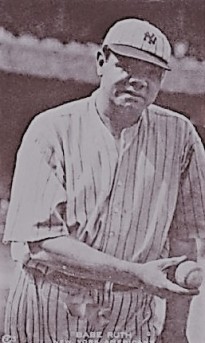 Exhibits, in general, were oversized sports cards. They are often said to be postcard-sized but some, if not all, are slightly smaller than the standard 3 1/2″ x 5 1/2″ size that many postcards are.

These cards get their name from the Exhibit Supply Company. That was a company that issued these cards and while others were created by other companies, the type name of Exhibit generally covers all of these types of cards.

Most included a picture of an athlete on the front with blank backs. However, some pictured four players and are called 4-in-1 Exhibits. In addition, some had postcard backings on them and, as a result, can be classified as postcards. In other words, some Exhibits are postcards but most are not.

Finally, the stock of Exhibit cards is relatively thick – certainly thicker than your standard caramel and tobacco cards. They are probably on par with most 1930s gum issues, like Goudey cards.

How were these cards distributed?

These cards were not issued in sets like today’s cards are. They also were not offered as inserts with products like tobacco or candy cards. Instead, they were sold in arcade type machines where they could be bought for a penny or two. Put a penny into a machine and you would get a card.

While rare, some of these machines can still be found today. Occasionally, you will see them being sold or auctioned off.

How many types of Exhibits exist? 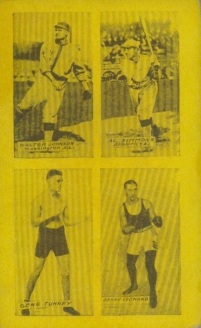 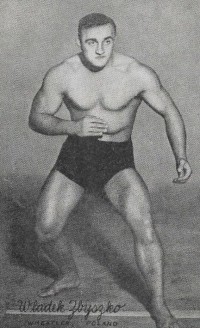 In a word, several. Exhibits were printed starting in the 1920s and they lasted until the 1960s.

Early Exhibits were printed in a variety of styles and were classified as W-Cards in the American Card Catalog. They probably don’t really belong there based on how we classify cards today. These days, we classify W-Cards as strip cards and, well, Exhibits definitely aren’t that.

All of these types, by the way, are merely the baseball Exhibits. Plenty of other Exhibits featuring boxers, wrestlers, and movie stars were also created during this time. There is no shortage of Exhibit sets out there.

How much are Exhibits worth?

Exhibits are often among the more affordable cards of players. That isn’t always the case as some can be expensive. But in general, Exhibits are cheaper than things like tobacco and caramel cards.

A good example of that is seen in the aforementioned Salutations Exhibits set. That issue includes some real bargains for cards of the likes of Joe DiMaggio and Ted Williams.

1920s Exhibits are more expensive but common Exhibits from the 1939-46 start around $5. Common exhibits from the 1947-66 set can be found for only a few bucks. Even stars in that era aren’t too expensive. However, it is worth noting that some exhibits can be quite expensive. Several from those later sets were shortprinted and in demand, selling for hundreds of dollars.