The W512 and W513 strip cards are cataloged as two different offerings. However, it’s clear they were intended to be one large set.

I’m not sure why Jefferson Burdick decided to give them two different designations in his American Card Catalog. But you can easily identify them as one big issue based on the numbering of the cards. The W512 set included cards No. 1-50 while W513 continued with cards No. 51-100. Further driving home the idea of the cards comprising one set is that subjects in the two sets are not duplicated.

But while the issues make up one big set, there are several key differences between the cards. That, if nothing else, was perhaps why Burdick decided they needed two different catalog numbers. 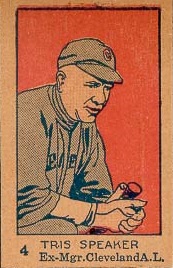 One of the primary differences in the cards is the time period they were printed. The W512 set was issued over at least three different years (1925-27). We know that because many of the cards were updated over time to reflect changes.

Some of the athletes from individual sports, such as golf and tennis, are recognized as champions and then, if they lost their title, ex-champions.

Changes were made to the baseball cards, too. Notable ones are cards for Ty Cobb and Tris Speaker, which also gave them the ‘ex’ designation when referring to their status with their respective Detroit and Cleveland teams. As I’ve written in the past, gambling allegations quite possibly had something to do with their status changes.

The W512 made these changes for three years but the W513 did not follow that trend. Instead, the W513 set was printed for only one year. Thus, no changes were made to the cards in it.

Unsurprisingly, of the two issues, the W513 cards are rarer. Most collectors not pursuing these cards wouldn’t know that but most people heavily into them would know.

Most W512 cards can be bought with relative ease. A W512 set is more expensive because of the Ruth and Cobb cards. However, both are easy to find. Easy to find in your price range? Eh, that can be a different story. But the cards are almost always ‘out there’ for the taking.

According to the PSA pop reports, they’ve graded almost twice as many W512 cards as they have W513 issues. SGC’s pop reports are a bit fuzzier as they list the cards by sport instead of putting them all in one convenient place. But in just checking the baseball cards from W512 and W513, we see a similar story as they have graded about 30% more W512 baseball cards despite the fact there are only ten of those in the set as opposed to 25 in the W513 issue.

So why exactly are the W513s harder to find? That’s explained pretty easily by the production dates. The W512 set was printed for three years while W513, as far as we know, was only printed in one.

Why was the W513 set printed in a shorter run? I always thought that the players in the set might have had something to do with it.

The W512 set was star studded. It included not only Cobb and Speaker, but other big name Hall of Famers, such as Babe Ruth, Rogers Hornsby, and Grover Alexander. Hall of Fame boxers Jack Dempsey and Gene Tunney were also featured.

The W513 set, by comparison, had more baseball players (26) than the W512 set had (10). But it lacked the big name stars as many of those had already been featured in W513. Instead of Ruth, Cobb, Speaker, and Hornsby, W513 gives us the likes of Hack Wilson, Tony Lazzeri, and Pie Traynor. All stars that also were in the Hall of Fame, but not nearly as popular as those other players.

And in terms of the boxers, many non-boxing fans would have difficulty recognizing the names (even though many were quite good), let alone considering them to be as big as Dempsey or Tunney. 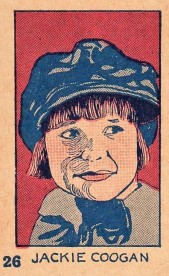 Both sets are multi-sport issues but the two have significantly different breakdowns in terms of what types of cards are included.

Why was that? I think that ties into the first thing. If you’re going to cut out all of the actors/actresses, you have to find some other way to fill the checklist. Plus, if you’re not giving collectors the big names you did in the W512 set, you might as well flood them with quantity instead of quality.

Finally, while the cards look somewhat alike, they both have significantly different designs.

Starting with the pictures, there is no doubt that the W513s generally have a cleaner, more professional look. Many of the cards in the W512 set look like rough renditions of the subjects. ‘Sketch’ is the word that comes to mind when I look at most of those pictures, some of which are pretty crude. The W513 pictures, by contrast, are more refined and look a lot nicer. The thick shadows seen in parts of the cards (i.e. the neck of Lacoste here) give them a comic book feel.

Second, the colors are generally more muted than the bold colors of many of the W512 cards. Now, there are exceptions and sometimes, that depends on the ink level that was used when printing them. But, mostly, the W513 cards have a quieter tone and that adds to the professionalism a bit.

Finally, the printed text is much different. The W512 cards appear to be handwritten while the W513 cards are typed. Even if you aren’t an expert on these cards and don’t know the numbering (1-50 is W512 and 51-100 is W513), you can still tell to which set they belong if you know to look for the other stuff.