Here’s how to separate the Diamond Matchbook covers

The 1930s Diamond Matchbook covers featured numerous baseball players of the era. These aren’t technically baseball cards in the mold that we think of them today. But they are cataloged in the American Card Catalog and very much collected.

The problem is there are actually five different sets and keeping them straight isn’t always easy. Here is how you can easily distinguish the five. Broadly, though, here are the ways to distinguish them.

Now, let’s take a closer look at each one.

These matchbooks are generally pretty easy to distinguish. They are the first of the five sets in the series and were the earliest ones printed.

This issue from 1934 included a total of 200 matchbook covers not even including all of the color variations. That is the most in any of the five groups and these, as you might expect, are the most plentiful.

You can easily tell the U1 matchbooks apart from the others as the picture of the player is inside of a silver border (shown left here). Any matchbook you see with a silver border belongs in this group.

Just as the U1 matchbooks are easily distinguished, collectors can also sort out the U2 issues without much trouble.

The U2 set was printed in 1935 and includes 24 matchbook covers. The colors of the borders surrounding the player pictures change. But all of these matchbook covers have a black background.

A U2 example of Mel Ott is shown to the right here.

U3-1 and U3-2 are the ones most commonly mixed up. That’s because the design for the two issues is the same.

Both sets have numerous color variations. The biggest difference is that U3-1 features players from a variety of teams while U3-2 features only Chicago Cubs players (with the exception of Dizzy Dean and Paul Waner).

Unfortunately, the problem is that the U3-1 set includes Cubs players as well and includes players seen in the U3-2 set as well.

So how can you tell those apart? The only real way collectors can tell them apart is with the dates mentioned in the player biographies.

The final issue is the U4 set. This one was issued in 1937 and includes only 13 matchbook covers. The 13 covers in this subset is the smallest amount in any grouping.

At first glance, these look like they belong in the U3-1 or U3-2 sets. The look on them, after all, is about the same, and they don’t have the silver borders or black backgrounds as the U1 and U2 sets do.

However, a closer look on these also makes it easy to see that these are part of a completely different series.

Looking at the front might not do anything for you. Collectors need to instead look at the back where the player biographies are. There, you can see that a team name is added beneath the player name. That is different from the other issues that don’t list the team in that location.

As an example, here is a matchbook cover for Tony Cuccinello. Below Cuccinello’s name on the back where his bio is located is his team name of the Boston Bees.

So which of these are the tough ones? The U2 Diamond Matchbooks with the black borders and the U4 issues are probably the rarest. To date, PSA has only graded a handful of them total and they aren’t seen very often.

Finding others in the series is much easier. 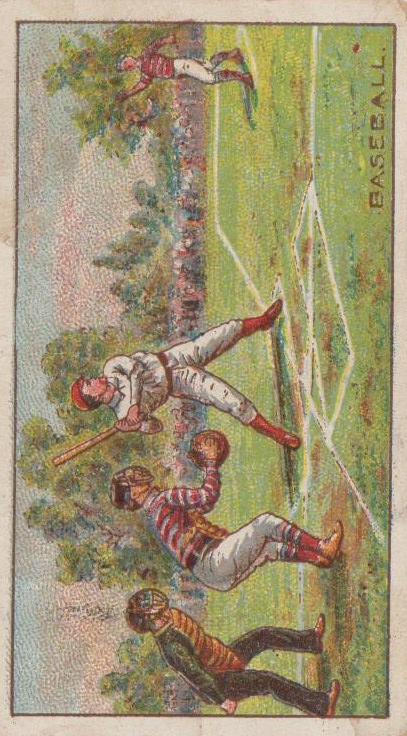