Jefferson Burdick Viewed Cards Differently than we do Today

Jefferson Burdick is known for creating the American Card Catalog (ACC), the standard book in the hobby that helps us to categorize early trading cards. But while that is his claim to fame to most, Burdick himself was an avid collector. His massive collection, in fact, is on display at the Met in New York.

But while Burdick collected cards, he thought of them a little differently than we do today.

Burdick sort of had the same idea of cards as we do, I suppose. But his book has one major difference in terms of the way he thought about it vs. the way collectors often think about it. His view about collecting was less about cards and really more of a view of paper collectibles. He explains this in one of his versions of the ACC:

“Few people think of cards as being prints, but actually, any reproduced design or picture is a print whether on paper, card, clot, or any material. The size may range from tiny miniatures to a billboard. The card field partakes of many elements of the wider classification of Paper Items.”

Burdick would go on to list all sorts of collectible paper items, such as prints, posters, magazines, newspapers, maps, stocks, bonds, yearbooks, etc. He, of course, figured traditional trading cards into the mix but his whole idea was generally about focusing on paper collectibles. That’s why, for example, you have things like sheet music and greeting cards cataloged in the ACC.

Collectors often wonder why some of these odd sorts of things are in the book and the answer is that Burdick very clearly had a larger definition of ‘card’ collecting than most of us. He considered more traditional trading cards to be paper items and considered them to be a very small part of the world of collecting in general.

Things like the oversized Baseball Magazine poster shown here, were perfectly fair game and something that deserved as much voice as a card, to Burdick.

Part of the reason the ACC is so helpful is that Burdick not only identified cards, but also sorted them appropriately.

But while Burdick separated those cards out for the purposes of his book, he really identified cards as one of three different types:

We don’t really use these groupings today since we most use the classifications in Burdick’s book. But it’s interesting that all of these cards would fit into one of these three, larger groups, according to him.

Burdick’s book would have been extremely helpful to collectors not only because it offered a categorization system, but also because he provided prices of what he believed cards were worth.

Still, it was very easy to see that he was very apprehensive about affixing any sorts of values to the cards if you read his preface of the ACC. Additionally, the values Burdick provided were mostly very modest. Some larger, non-card items were more expensive. But many of the cards Burdick listed were valued at less than a quarter and a lot were even below ten cents. 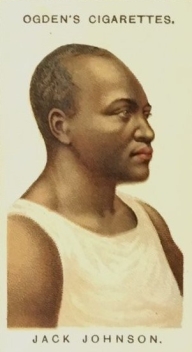 Burdick also insisted the card prices were only to be used as a relative guide and admitted that some things could be worth more or less.

One of the interesting things about Burdick’s assessment of the pricing of cards is that he did not believe values fluctuated enough to warrant updated prices any more frequently than a few years. Specifically, Burdick stated that values were mostly pretty level and that prices needn’t be reviewed until intervals of a few years had passed. He no doubt would have gotten a kick out of the craze of the 1990s when collectors relied heavily on monthly price guides.

Burdick’s approach is actually sort of the same as most collectors view pricing in the pre-war market. Every now and then, you do get cards that change drastically in value in a short period of time. But market prices for pre-war cards are often usually on a slow and steady increase rather than the volatile nature of modern cards.

Similarly, the majority of pre-war collectors do not rely on price guides to determine values, anyway. Sure, some use websites that track prices but those are usually prices of specific sales that have occurred. The best indicator of a card’s true value is what it actually sells for and when you read Burdick’s writings, you generally get that sense. In the end, Burdick was explicit about the true value of a card.

“It is the collector himself who sets values as cards … collectors want them and are willing to back their wants in a financial way.”