If you’re unfamiliar with it, the 1930 Baguer Chocolates set is a Cuban issue. While from outside of the United States, it features major league players and there are a total of 90 cards in the set.

One of its most common distinctive features is that the cards are practically microscopic. Measuring less than an inch on all four sides, these are hardly traditional baseball cards.

The set included all kinds of big names, including Babe Ruth, Lou Gehrig, Walter Johnson, Mickey Cochrane and plenty of others. Fronts had black and white pictures and the backs had only a brief printing in red ink of, ‘Chocolate Baguer, el mas popular’, translating to ‘Baguer Chocolate, the most popular.’

Produced almost 100 years ago and as a rare Cuban set (PSA and SGC have only combined to grade a little more than 300), it has all the makings of a set we shouldn’t know much about. But an album distributed by the company that produced them tells us quite a bit.

In addition to their 90-card set, Baguer Chocolates produced a special album.

The album was not the same as traditional albums that tobacco companies distributed in the late 1800s. Those had pictures of the cards and were given as gifts to collectors. These albums were instead used to store the cards and advertise a series of prizes.

The albums were printed on a lower-quality paper and while they aren’t plentiful today, some do still exist and you will see them from time to time in auctions. The were printed entirely in red ink.

One of the things the album gives us is an apparent date. The cards are often advertised as a set from sometime in the 1930s but it appears to be a 1930 issue. We know that because a special offer made by the company expires on January 31, 1931. 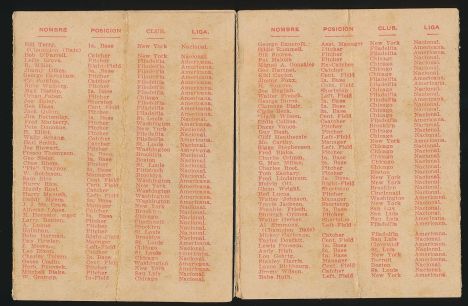 We also can put together a complete checklist for the set. That’s because a full checklist was included inside. First, squares were printed with the players’ names inside of them. That was so that collectors could glue their cards into the album.

In addition, a full checklist was provided in list format. The reason for the re-printing of all of the names again was so that collectors could learn more about the players. The full list included not only their name, but their position, team, and league.

Another fact known from the album is how these cards were distributed. The books advertise, in Spanish, that two caramels were priced for one centavo and that the pictures of players were given with the caramels. Today, one centavo is worth considerably less than one penny.

Finally, the album states that a complete set could be exchanged for prizes. While many sets did that, that is important here for two reasons.

First, it may help explain the rarity of the cards. Now, the cards would be somewhat rare even without a redemption program. However, if even a few sets of these were redeemed and subsequently destroyed, that would hurt the survival rate drastically. Consider that only about 300 cards are graded – that’s the equivalent of only three sets. If, say, five sets were redeemed and exchanged, that would make them dramatically less rare.

Second, it also helps explain the mystery behind the mysterious Mitchell Blake card. Blake’s card is heavily shortprinted. To date, SGC has graded only one and PSA, none. Typically, it would be a little weird to have a card shortprinted so much. But given that sets were exchanged for prizes, it makes much more sense.

Companies frequently limited a specific card in a set to only a few copies so that any number of prizes they had to distribute to people collecting a full set was limited. Blake’s card was almost certainly shortprinted for that purpose and the album helps explain why. 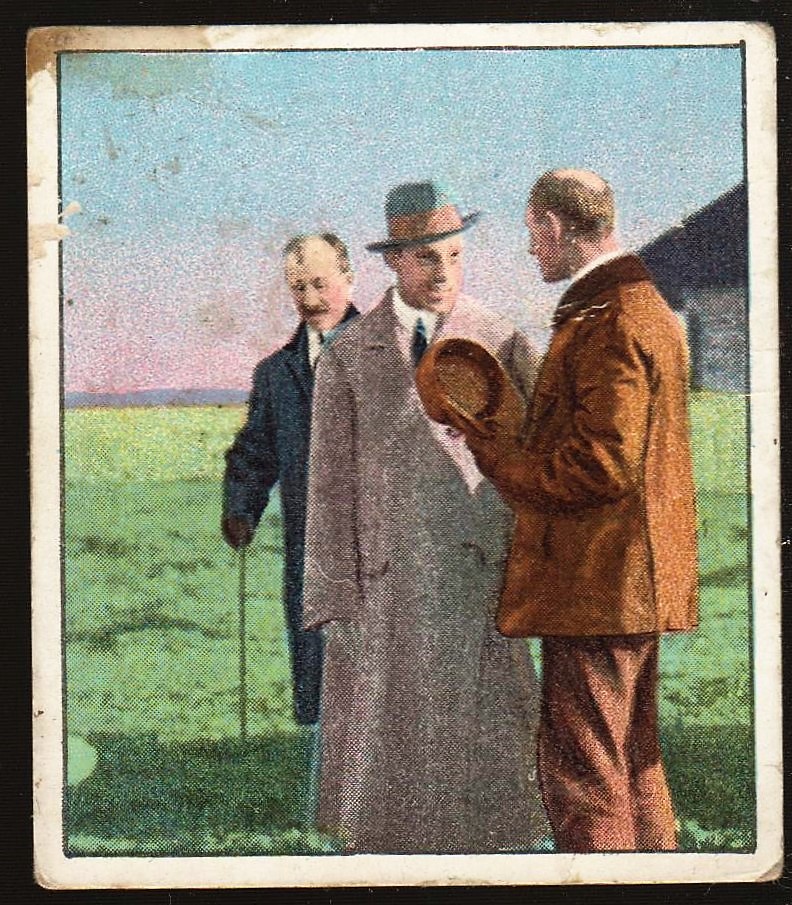