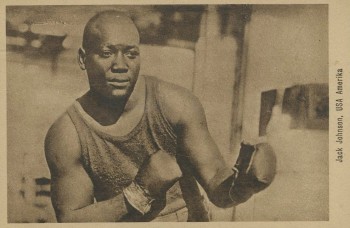 This rare set was an issue for Casanova Cigarettes, a German tobacco brand.

The cards featured black and white images of boxers. Unnamed, it is simply listed as the ‘Boxer’ series on the back. Backs also include a card number and a biography.

The Boxer series was only one of a few sports issues produced for Casanova Cigarettes. Other series’ included soccer, general athletics/track and field, swimming, and cycling.

Finally, two different sizes of these cards – one is smaller than the other.

One issue with this set is trying to determine just how many cards are in it. While 23 is the number most cited when it comes to identifying a set, there are actually boxing cards beyond that number.

PSA, for example, lists additional cards beyond that number and so has SGC. I have seen others beyond No. 23 as well not presented on their list. As of now, the highest card PSA has graded is No. 39 so we know there are at least that many cards in the boxing series. These additional cards add a line at the bottom mentioning the Casanova cigarette factory was in Dresden.

A final point regarding card numbering. Backs of the cards have text in German with a reference to 100 cards. That has led some collectors to believe there are that many in the series. However, that is not true. The text on the back merely indicated that an album holding 100 cards could have been purchased. It doesn’t mention that there are 100 cards in a particular series.

While the 23 cards are often cited in this set, additional boxing cards are known beyond those with a slightly different format. A full list of those cards is not yet confirmed, though I have listed the ones that can be accounted for to date.