1928 Wills A Sporting Holiday in New Zealand Set and Checklist 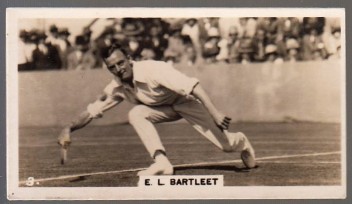 This somewhat rare issue included a total of 50 cards and was distributed by Wills. Wills was a prominent tobacco firm that offered numerous sports and non-sports cards in their cigarette products.

This sports set features cards depicting various sports scenes in New Zealand. Rarely seen in the U.S., these are mostly offered from international sellers and even in that instance, they do not surface with great regularity. Despite the rarity, there is not much U.S. demand for the set aside from a few tennis cards.

Most of the scenes depict less popular sports that some would even consider to be activities. Among those are fishing, hunting, yachting, and camping, which make up about 2/3 of the set. Some more traditional sports cards, however, are included for sports such as tennis, skiing, cricket, and rugby.

Among the most popular cards in the set are two tennis cards of Hall of Famer Jean Borotra and E.L. Bartleet. Borotra won several majors, including the Australian Open in 1928 (his third major). Bartleet is less known but did win the 1928-29 New Zealand Men’s Singles Championship. Thus, the reasons for inclusion for both are clearly seen.

Like many tobacco sets produced overseas, both a small version of the cards and a larger version exists. The smaller version is narrow and rectangular while the larger cards are closer to a square shape. This was a very common practice in international sets.

A checklist of the athletes in the set can be found here.