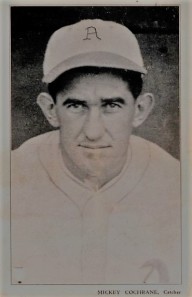 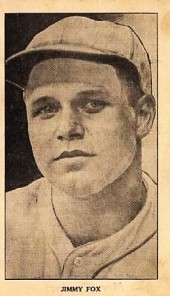 Defeating the Chicago Cubs, the Philadelphia Athletics won the 1929 World Series, four games to one. Members of the team were featured that year on promotional cards for several movie theaters in the Philadelphia area.

Despite being used at several different theaters, the photo cards had basically the same look and all were printed in 1929. Each card had a black and white player picture with his name at the bottom in the border area. The Becker, Lindy, and Villa sets both have the player name down in the lower right corner while the Benn and Orient player names are centered.

Backs of the cards differed among the theaters as they were showing different movies and different locations. But in general, the theme was the same for the Becker Brothers, Benn, and Lindy, which advertised showings for a particular week. The Orient back was a bit different, however. It was more of an advertisement and less informational than the other two. Same for the Villa, which mentioned a free Saturday Matinee on October 12th. The Villa also mentioned a World Series baseball autographed by every player on the Athletics team, but did not provide any details of how one would be obtained.

None of the five theaters offered a specific checklist or stated how many cards were included. However, Lindy Theatre called it one of part of a series of Philadelphia Athletics players while Orient Theatre touted that fans should save the picture and that there were more coming.

Below are pictures of the five backs. 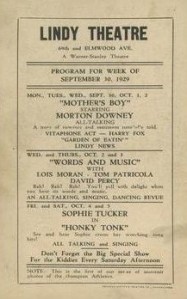 A specific checklist isn’t known for each of the five different sets. However, here are the cards that are known to date.