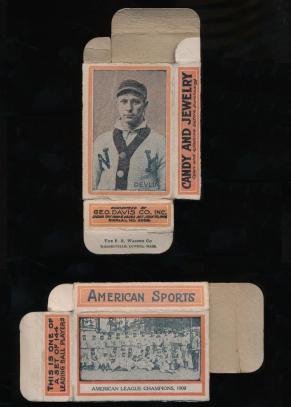 The 1910 Orange Borders set is an obscure candy issue. Cut from boxes of candy, little is still known about these cards today.

Boxes state that there are 144 different players but only about 30 are known today. The fronts of the cards included a player’s picture with his name printed at the bottom. Some cards include both the player’s first and last name but most only have the last name. Backs of the cards are blank.

The set received its generic name based on the borders of the cards, which are a distinct orange color.

The name of the set can be confusing. These are not to be mistaken with the orange bordered cards in the Old Mill T210 set. That is known as the red border set but there are some cards with orange borders and those cards also go by the ‘orange border’ name. Cards are also easily confused with the 1911/1912 Baseball Bats cards, which also have orange borders and a similar look.

Of note is that many of the images on the cards will be familiar to collectors. That is because several of the photos were the same ones used in the popular T206 white border set. Most players in the set are limited to only one pose. However, Hall of Famer Honus Wagner has both a batting and portrait pose.

The set is believed to be a 1910 issue since it features the 1909 American League and National League champions, the Detroit Tigers and Pittsburgh Pirates, respectively.

While I’ve checklisted 36 cards to date, it is possible that others exist. 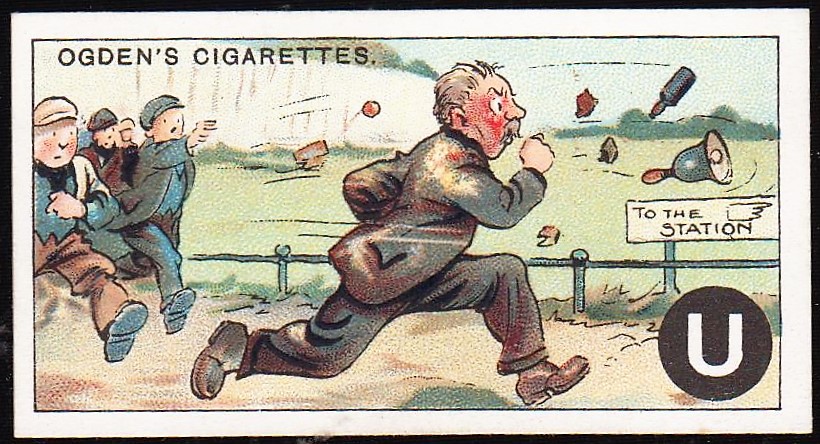