The 1932 Sanella set is known by collectors largely for the Babe Ruth card in it. But the release has a lot more – 111 other cards, to be exact, including a card of a mysterious Japanese catcher that could be a Hall of Famer, an ice hockey card, and all sorts of other athletes.

Sanella cards are really more like miniature pictures. They are printed on a paper-thin stock and are also larger than traditional trading cards, measuring approximately 2 3/4″ wide by 4 1/16″ tall. Part of the reason they are on such thin paper is because they were intended to be placed inside of an album.

The cards were distributed with Sanella margarine, a German product. But what many collectors don’t realize is that a parallel set of the cards was created for a second brand called Astra Margarine.

The earlier years for Astra Margarine are kind of fuzzy. More information surely exists out there but I haven’t seen much.

Astra is a brand of a company called Unilever, which is headquartered in London and the Netherlands. Unilever is really famous for distributing all sorts of products all over world. They reportedly own more than 400 brands and have products in nearly 200 countries. They are widely known as being the largest producer of margarine in the world, which is sort of where Astra comes in.

Highly popular in Sri Lanka, the margarine is still around to this day. 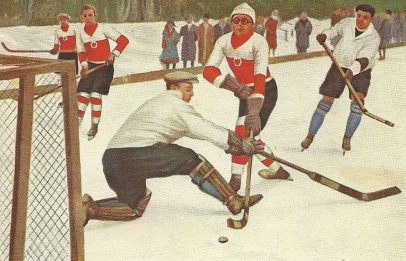 The Astra cards are identical to the Sanella ones for the most part. Each set has the same pictures, athletes, and card fronts.

But while the cards look the same, the similarities sort of end there. The primary difference between the two is that the Astra cards are much, much rarer.

The Sanella cards weren’t real plentiful in America for a long time. The Babe Ruth cards were previously known but were very rare in the U.S. But once German collectors began to see their value (particularly, that of the Ruth) here and with the invention of the internet, more and more began making their way to this country.

As a result, the Ruth cards are becoming more common here and values have since taken a significant hit. Several hundred have been graded so far. Many card are ungraded as they were glued into albums distributed by Sanella that held an entire set. The card would routinely sell for several hundred dollars in the past but today, decent copies can be had for around $125 or so.

But while the Sanella cards are getting easier to find, the Astra cards are incredibly difficult to find. You rarely see them for sale on eBay and from dealers and that is backed up by the pop reports. To date, PSA and SGC have graded a total of approximately 500 of the Ruth cards and more than 1,700 total cards. Those numbers are much higher than the numbers on the Astra cards. Those two companies have only graded about 25 Ruth Astra examples and around 50 total Astra cards.

Now, more Astra cards exist, obviously. A large number of those sent to grading are the Ruth issues so plenty of the other sports cards aren’t as desirable. But even just comparing the pop reports on the Ruth Sanella cards vs. the Ruth Astra cards is alarming. That suggests that the Astra cards are approximately 20 times as rare – a much more difficult find.

The funny thing is that, while the Astra cards are appreciated by some, they don’t have the crazy prices you might expect given their rarity. So far, they typically sell for only a little more than their Sanella counterparts.

Experienced collectors will pay more for them but, in general, asking prices really aren’t usually much more than the Sanella-branded cards. Given the rarity, it doesn’t make much sense that they would be comparable in price. But I think that’s due, in part, to collectors simply not knowing just how hard the Astra cards are to find.

Maybe that changes in the future.