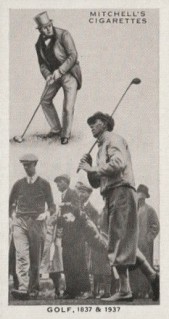 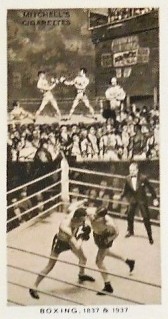 This unique set looked to celebrate some of the world’s great developments over the last century from 1837 – 1937. It was distributed by Stephen Mitchell & Son company for their Mitchell’s Cigarettes product.

Cards are black and white covering a wide range of topics and subjects. The backs of the cards have a description of what is pictured. As this was a set distributed in the U.K., some of the subjects and narratives featuring things like the Royal Family may be of less interest to American collectors. In addition, some of the spellings and terms are slightly off from those used in the U.S. Words presented in the checklist below are exactly how they appear on the cards.

Even though there are some variances, however, the set does a good job of depicting big events and inventions that changed the world, such as railroads, television, and more.

While the set is mostly a non-sports issue, a small section of it is dedicated to sports. Boxing and golf are at the forefront of the sports mentioned, but some others, including cricket and horse racing, are featured as well.

The boxing card discusses some of the big matches in the sport’s history, including a Jack Dempsey-Gene Tunney fight. The boxing card pictures a small collage of images from that sport. Golfer A.H. Padgham is referenced on the back of his as he is the featured subject on the card. 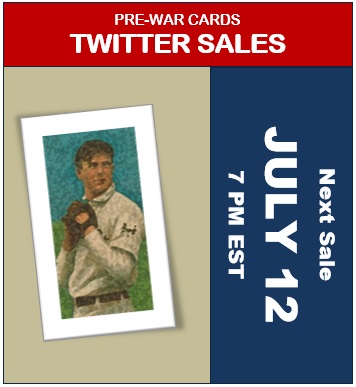