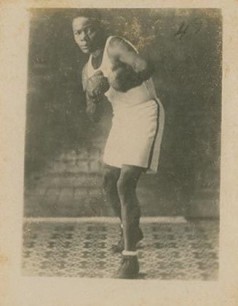 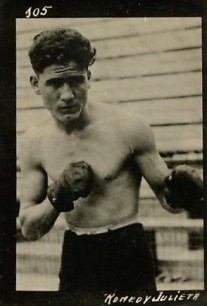 Among the rarer 20th century tobacco cards are the Romeo y Julieta (Romeo and Juliet) issues from Cuba.

These boxing cards come in a few different formats using real photographs. One series has thick black borders, a second has a white background, and a third has white borders with a picture background serving as a backdrop.

The cards are so rare that a full checklist for the series is not even known. What we do know, however, is that the set includes more than Cuban boxers. PSA, for example, has graded cards featuring many other fighters, including Jack Johnson, Jack Dempsey, George Carpentier, and others.

The cards were clearly printed through a relatively low-quality process. Cards are often drastically off-center and cut to all sorts of sizes without any real consistency. Despite all of that, they are highly desired by boxing collectors for their rarity.

A complete set for this issue is not yet known.