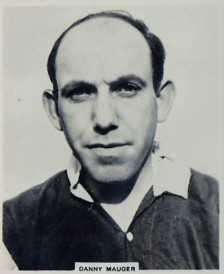 This rare set was printed by Gallaher, Ltd. in London and Belfast for its tobacco products. It mostly featured little-known international athletes.

The set was a multi-sport issue covering numerous sports. Among them were baseball, boxing, golf, track and field, and soccer. Like some Canadian sets, many of these athletes featured actually participated in more than one sport.

Cards featured black and white images of athletes on the front along with their name at the bottom. Backs included a card number and a biography of the subject. The cards were different from most of Gallaher’s other issues, which were usually printed in color.

The set is quite rare and while cards pop up from time to time, they are not seen too often — especially when comparing them to other 1930s UK sets.

Of interesting note here is that the recognized checklist includes a few athletes identified as baseball players. Collectors might be inclined to believe that the baseball mentioned was the old English sport of rounders, where baseball is said to have received its origins. But that is not the case as actual baseball was indeed played in the UK. The game has several differences from the American game but is still recognized as ‘baseball’ and not cricket or rounders.

In all, there are three baseball players in the set — F.E. Stroobant, Henry Mott, and M.C. Allen. As is the case with many of the other athletes, each of these players also played other sports.

Athletes in baseball, boxing, golf, and tennis are noted below.